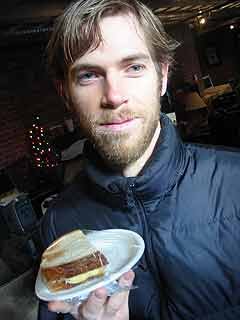 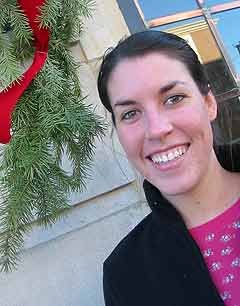 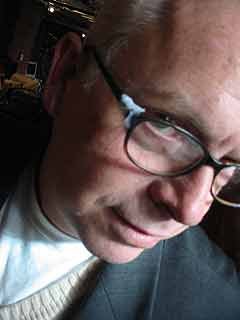 Currently reading: "The Making of the Atomic Bomb" by Richard Rhodes "It's a comprehensive history of physics and an ethical discussion of nuclear weapons. I've read all of his books."

One book everyone should read: "The Golden Bough" by Sir James George Frazer "A comprehensive study of religions, myth and magic. One of the great books of Western Civilization."

RE: <a href="http://www.lawrence.com/news/2005/dec/05/god_science_and_kooky_kansans_who_love_them_both/">http://www.lawrence.com/news/2005/dec/05/<br>god_science_and_kooky_kansans_who_love_them_both/</a>
<br>
The so-called "Spaghetti Monsterists" prefer to be called "Pastafarians." Thank you and I look forward to your correction of this egregious over-site. -Matt

From: homies@lawrence.com Subject: Re: Correction for evolution article Date: December 12, 2005 9:12 AM

Please forgive our insensitivity. Believe us when we tell you that we took a lot of heat from not only the Pastafarian sect in our office, but also the Pennecostals and the Holy Order of Fettuchin Monks. We apologize, and beg once again to be touched by the tentacles
of truth. -homies

Where do I go to get some Wild Man vintage stuff? I can not find an official web site. thanx,
-A

We searched for a wikipedia entry on "Wild Man Vintage" and found nothing. We then consulted techorati.com to see if anyone has been blogging about the store. Again, nothing. In a last frustrated search for clues, we Googled "Wild Man" and, after some embarrassing missteps, we found an "address" to a "building" where you can walk in and buy stuff without a computer. Weird. -homies