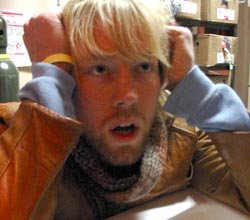 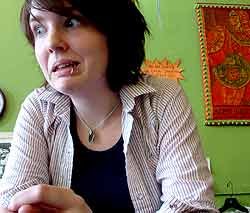 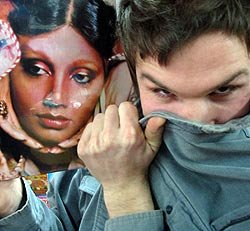 Aaron Marable, Love Garden personality and painter ("Feast and Famine," paintings by Marable, is on display through February at The Bourgeois Pig - 6 E. Ninth St.)

Currently reading: "A People's History of the United States" by Howard Zinn "It's a story that doesn't get told in our education system," Marable says. "It talks about some amazing Native American resistance movements that are completely ignored."

One book everyone should read: "Motel Chronicles" by Sam Shepard "Stories of the American west, growing up in the '50s, racing fast cars on dirt roads and hard-working men who are heavy drinkers and all that."