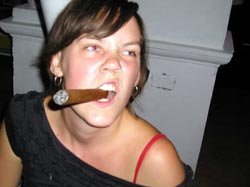 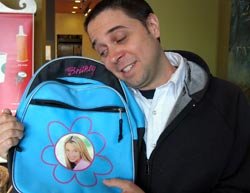 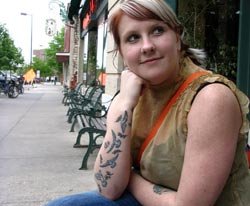 Currently reading: "Vineland" by Thomas Pynchon "I'm not that far into it. It gives me good imagery for tattoo ideas. That's pretty much it so far."

One book everyone should read: "The Days Run Away Like Wild Horses Over the Hills" by Charles Bukowski When I'm in a bad mood, he's so harsh it makes me feel better. I wanna go punch somebody in the face, but instead of punching somebody I can read this and it makes me feel like other people have the same feelings I do."