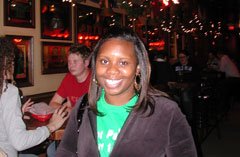 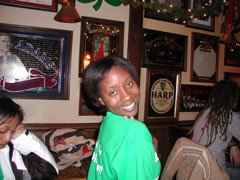 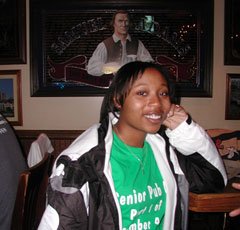 Currently reading: "Chicken Soup for the College Soul: Inspiring and Humorous Stories About College" by Jack Canfield "Basically, it's just giving you the down-low on college life and what you're going to go through. I don't find it very useful because I'm a senior. It's more targeted towards freshmen."

One book everyone should read: "Confessions of a Video Vixen" by Karrine Steffans "It's about this girl that used to be a model in music videos, now she's telling everybody what happened. She talks a lot about the famous people she slept with, like Irv Gotti and Ja Rule. It's just a good book-you're not going to get any deeper meaning out of it."

Top 20 Plagues That Will Probably Kill Us Before 2012

Estimated net worth of presidential candidate Mitt Romney (the highest among the candidates): $190-$250 million

Of Barack Obama: at least $1.1 million

Of Mike Huckabee: less than $1 million

Percent given to Republicans: 69

Years ago, Jan. 1, the KU football team played in its first bowl game, losing 20-14 to Georgia Tech in the Orange Bowl: 60