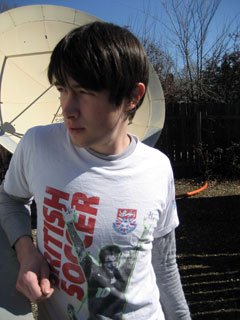 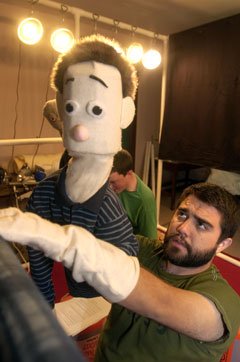 Paul Santos, writer/director of The Felt Show, Master of Puppets 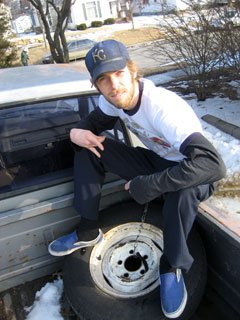 Currently reading: "Anatomy of Deceit," by Marcy Wheeler She blogs for The Next Hurrah and Fire Dog Lake under the name "emptywheel." She's become kind of the expert on the Valerie Plame leak. Her background is in propaganda analysis. Fire Dog Lake has been live blogging from the Libby trial-I've been absorbed in that. I feel like I'm alone in the world.

One book everyone should read: "For Whom the Bell Tolls," by Ernest Hemingway It's a snapshot of modernism in terms of style. You can find the best of Ulysses, the best passages of William Carlos Williams, T.S. Eliot. The portraits he draws in it are as good as Matisse or Picasso. It's a snapshot of an incredible era.

1. He's not black enough
2. He's not white enough
3. He's not creamy mochachino enough
4. Obama bin Laden
5. Barrack Hussein Osama
6. Barack Hu-Satan O-Kitten Molester
7. Went to radical Islamic Madrassa for grade school
8. Attended Black Panther wicca coven for finishing school
9. Father was a radical Islamist
10. Mother was bi-polar
11. Uncle was Ming the Merciless
12. Was a cocaine addict
13. Is a marijuana addict
14. He is a menacing jazzbo who wants to impregnate our women
15. Wants to cut and run from Iraq
16. Wants to surrender to al-Qaeda
17. Wants to drown bald eagles in hummus
18. Hates Hillary Clinton personally
19. Had affair with Bill Clinton in Oval Office
20. Is a doody head