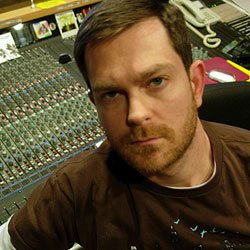 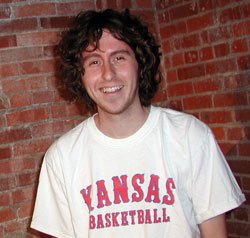 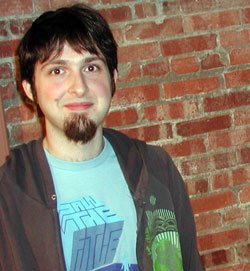 Tim Hjersted, Tribal Vision guru with a bleeding heart on his sleeve.

Currently reading: "The Last Hours of Ancient Sunlight" by Thom Hartmann "Social inequality, war, global warming, peak-oil, environmental degradation, over-consumption ... it can be hard to get a grasp on how to begin to tackle this laundry list of problems our civilization has incurred in the pursuit of 'progress.' This is the best "big picture" book I've found on the subject. It cuts right to root of all these issues and still makes sense of what to do about it. Cheers!"

One book everyone should read: "Culture Jam" by Kalle Lasn "Culture jamming is all about taking our future into our own hands. It's about telling our own stories, and weaving a culture of positive values from the bottom up, rather than letting a handful of corporations create a consumer culture from the top down through billion-dollar ad campaigns and the mass-media. The book's really an inspiring treatise to all those who want to choose action over apathy when confronting their Monday morning problems."

1. Denial
2. Scrawling "KU" in center of bracket with own tears
3. Doing victory dance with exhumed dog corpse
4. Scratching "NCAA Champs" into forehead with broken beer bottle
5. Anger
6. Capturing feral pig
7. Learning Bill Self's address
8. Blacking out whenever Roy Williams Coke commercial airs
9. Waking up naked in front of Allen Field House
10. Bargaining...
11. ...with hostage negotiator
12. Inducing coma until next season
13. Begging God to take you instead
14. Chaining Baby Jay to your radiator
15. Depression
16. Eating rat poison tainted dog food
17. Watching "Hoosiers" 24 hours a day in a windowless room
18. Realizing you have no idea what a "Bruin" is
19. Remembering that KU still doesn't suck as much as the Royals
20. Acceptance