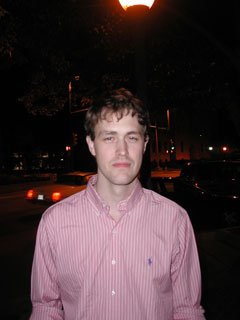 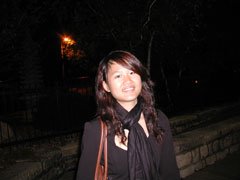 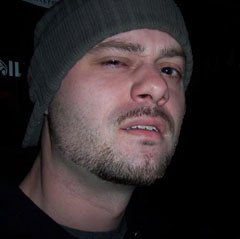 Currently reading: "Run Run Run: The Lives of Abbie Hoffman" by Jack Hoffman and Daniel Simon "It's really an in-depth look at what this guy's life was like. I really have a connection with this guy because he was a diagnosed manic-depressive bipolar with psychotic features, which was basically my diagnosis after my acid experiences. This is a guy that had a huge impact on the culture and people's lives in the '60s. He was a fugitive for a long time and he did a lot of brave and really important things-or at least he tried to do a lot of really important things. He wasn't always successful. He actually ended up committing suicide in the late '80s. It's a really interesting look at his life and what he went through just to try and create better lives for people in this country."

One book everyone should read: "The Autobiography of Malcolm X: As Told to Alex Haley" by Malcolm X, Attallah Shabazz, and Alex Haley "The best book I've ever read in my life. This is kind of off topic, but I want to mention this-I heard this one quote-unquote anarchist feminist chick talking about how she was trying to read the book but couldn't get through it because of the sexism that Malcolm X apparently had. If people read this book, they've got to look at a bigger picture than just a few ways that Malcolm X might have treated his wife or other situations they might have a problem with. This is a black man in the early to late '60s. This man was incredible. It's one of the best books and one of the most inspiring books I've ever read in my life."

1. Easy Meals
2. "If I'd known you were coming, I'd have raped a steak."
3. Kneels on Meals
4. Porn-fed livestock
5. Hold my cock and pullet while I get my pants down
6. Chicken Crotchatorri
7. Fuudf*ckers
8. Canoodle House
9. The Place Where You Have Sex With A Dog and Then They Kill It And Then You Eat It And Then You Never Can Have Normal Sex Again And Then You Wake Up Screaming Every Night And You Can't Have Pets Anymore Because You Can Feel Their Eyes On You And You Know They're Thinking "Dirty...Dirty....Dirty...." And You Are Dirty Just Admit It And Then You Die Alone Wishing You Could Take That One Night Back
10. Still Better Than MacD's