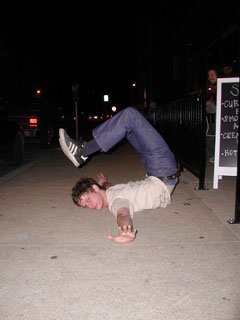 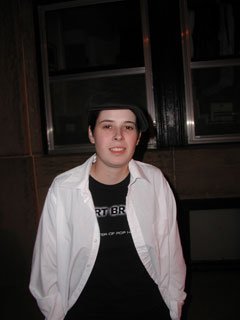 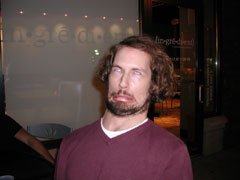 Currently reading: "The Book of the SubGenius: The Sacred Teachings of J.R. 'Bob' Dobbs" by J.R. Dobbs "This one's tasty. We found it in the hallway and put it on the toilet. It's too good to be real if it is-it's a mind fuck trying to figure out what they're telling you or trying to make you believe. It's a cult that says the world is going to end about every three years, like, '1994 is gonna be our year!' The book is just an entire rant. They break it into chapters, but it's basically a continuous rant telling you that this church is going to change your life-you'll get all the fucking money and women that you want. Just stay away from 'pink boys.' I don't know what they are. Nothing is very clear in this religion, but their motto is "Fuck 'Em If They Can't Take A Joke'"

One book everyone should read: "Everyone Poops" by Taro Gomi and Amanda Mayer "It's a solid book. It's a kid's book with kind of an Asian girl that tells you where to poop and what hole it comes out of-in the book it's just a cartoon 'X' that stands for the butt hole. Her mom's trying to explain to her what she just made in the toilet. She's like, 'Mom, what's that?" And mom's like, "That's poop. Everyone poops, honey." It's a realization. I think everyone should read this book because sometimes we forget."