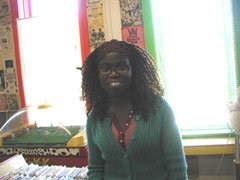 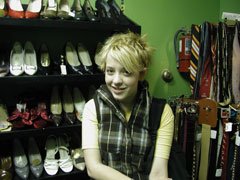 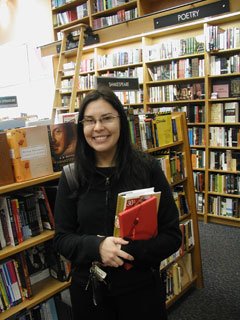 Currently reading: "Fair Game: My Life as a Spy, My Betrayal by the White House" by Valerie Plame "I just bought it. I'm interested in reading it because I heard an interview with her on the radio the other day about her troubles and her 'betrayal.' It sounds like it will be a very interesting book and I want to get her side of the story. I don't read political books much, but I did read Hillary Clinton's autobiography."

One book everyone should read: "Kansas Off the Beaten Path" by Patti DeLano "I'm getting it as a gift for somebody because we want to do some traveling in Kansas and find some unique places. It's a really good book for that. We're looking for stuff like the World's Biggest Ball of Twine, but I've never seen the prairie grass in spring, so we're also looking for stuff that's really beautiful on top of the odd stuff."

Number of mysterious smells investigated outside Lawrence Memorial Hospital last week: 1
Number of 55-gallon drums initially thought to be the culprit: 2
Minutes the main emergency room entrance was closed: 60 (approximately)
Final determination of source: unknown
What Fire & Medical Division Chief Bill Stark said: "We looked and we have lots of ideas, but : we just couldn't come up with one where we said, 'This is what caused it.' The fact is it's not been back since."
Year first cow was brought to Jamestown Colony: 1611
Year milk bottle was introduced: 1884
Year plastic milk container was first sold commercially: 1964
Average price for a gallon of 2% milk in Wichita in September: $3.80
In January: $2.91
Average price for a gallon of 2% milk in Kansas City in September: $4.12
In New Orleans (highest in the nation): $4.49
Percent by which New Orleans' average price this year ($4.14) exceeds the national average: 17

Top 20 Things You Shouldn't Hand Out To Trick Or Treaters