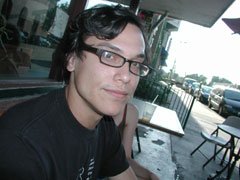 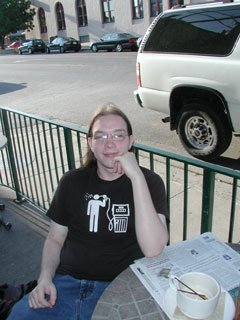 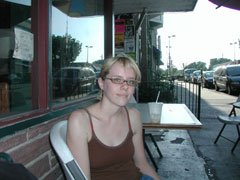 Currently reading: "Everything Is Illuminated" by Jonathan Safran Foer "I haven't really gotten that far into it. The part I'm at is about a guy who's an English interpreter who's looking for this other guy. (Laughs.) I just started it. I heard it was really good and I saw that it has a really good reputation. From what little I've read, I was really impressed with the quality of writing."

One book everyone should read: "The People of Paper" by Salvador Plascencia "It's a folk tale that starts out with this man who makes a woman out of paper. He's an origami surgeon. Then it turns into a story about something else. It's very sad and it's very interesting. Everyone I know who has read it really, really likes it."

1. Buxton Beauty
2. Belle of the Y'All
3. Twang 'Em High
4, Twangs for the Memories
5. Cowgirl, Interrupted
6. Wagon Slayer
7. She Twangs! She Twangs!
8. Country Fried Chick
9. Bumpkin and Grindin'
10. Country Crunk
11. A Fistfull of Hollers
12. Homecoming on the Range
13. Pride Before the Y'All
14. Perky Tonk Badonkadonk
15. The Decline of Country-Western Civilization As We Know It
16. The Rodeo to Success
17. Debutante Y'All
18. Booty Scootin' Boogie
19. You Twang?
20. Talented, Young, and Visually Appealing Singer-Songwriter Finds Success With Songs About Romanticized Americana In Popular Musical Format Derived From Traditional Folk Sounds (with puns)