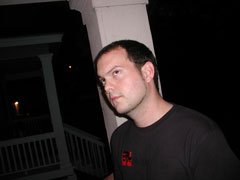 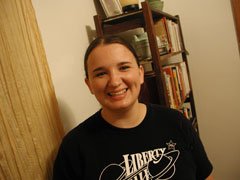 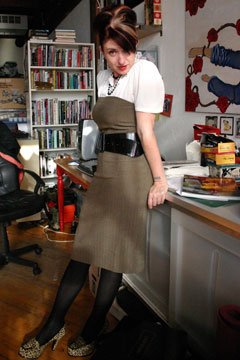 Currently reading: "Casanova Vol. 1: Luxuria," by Matt Fraction and Gabriel Ba "It's a book from Image Comics written by Matt Fraction, local KC author. I was attracted to the gorgeous, gorgeous art. It's like James Bond meets Barbarella and they have a love child that does a lot of drugs. It's really crazy awesome. If you love old-style spy books, you'll love 'Casanova.'"

One book everyone should read: "Fun Home: A Family Tragicomic," by Allison Bechdel "I think really she took the genre of comics and pushed it. A lot of people have read memoirs, and a lot of people have read comics that are memoir-based, but she really took it and made it an emotional experience. It has an amazing story, amazing art-she's just one of my heroes. It's autobiographical and it's her coming out story, her realizing that she's gay. But when she starts thinking about it, she realizes that her father has also always been gay even though he was very closeted. It's the story of her growing up with her closeted gay father in a funeral home that they converted to a house. It's really good. She's more known for her weekly comic, 'Dykes To Watch Out For,' but 'Fun Home' won Time's Book of the Year in 2006-not Comic Book of the Year, but Book of the Year."