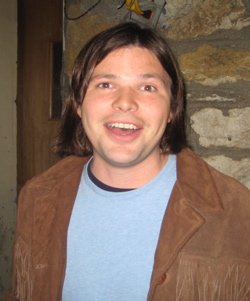 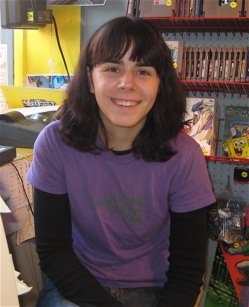 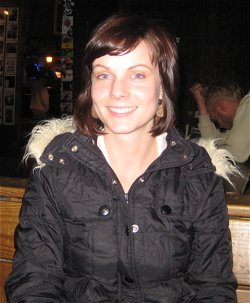 Currently reading: "Dreaming in Cuban"  by Christina Garcia "It's about a family that was separated by the Cuban revolution. Half the family stays in Cuba and half goes to America. It's written in the style of a memoir, and every character has their own voice via the diary that they keep. It takes place from the '30s to the '70s. It's geared towards a more feminine audience, and could end up on Oprah's book club, but it's still really good."

One book everyone should read: "Another Bullshit Night in Suck City: A Memoir" by Nick Flynn "The reason I read it is because the author was a professor of mine in Houston. Before he went to college and became a professor, he worked in a homeless shelter where his father was one of the clientele--his father was homeless. It's amazing. You admire the author for working in a pretty grotesque place when he really didn't have to, but you also feel sorry for him because he has no empathy for his father at all. The book is lesson on empathy. He truly doesn't care about his father, who was an alcoholic and drug abuser that abandoned the family. The estranged father comes in, he gives him his slop to eat and a cot to sleep on with little fanfare, and by the end of the book he thinks, 'You know, that was kind of shitty of me. I probably should have cared a little more.' The author portrays himself as a little douche-baggy. It's one of those books that's just emotionally weird."