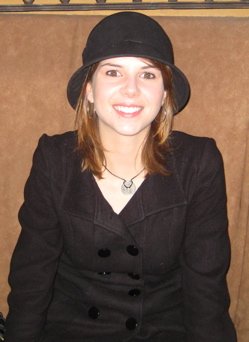 Virginia Heinen, mutual fund representative, hobbies include drinking and things she does while drinking that she can't remember 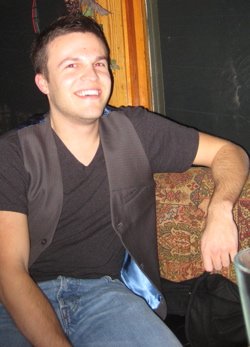 Ross Gregory, does the people's work in Topeka, reads, runs, and eats 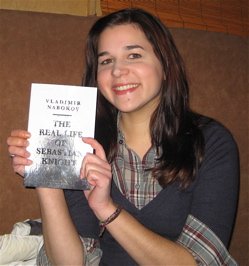 Currently reading: "The Real Life of Sebastian Knight" by Vladimir Nabokov "It's one of Nabokov's earliest works, before he wrote 'Lolita,' and one of his first love affairs with the English language. It's about the half-brother of a recently deceased writer who's going about writing the biography of his famous half-brother. I'm only on page 9, but so far it's awesome. He's really exploring the English language—everything is a double entendre and you can read each sentence over and over again to find new meaning. Double entendre doesn't necessarily always have to be sexual, but with Nabokov? Yeah, it's usually sexual. That's why I'm attracted to Nabokov as a writer—it's the sex between the lines."

One book everyone should read: "Communion: The Female Search for Love" by Bell Hooks "It's a feminist book about women's new approach to love and sex. It's amazing. It's like everything you've ever thought about during a relationship and she puts it in words—bell hooks is a truth teller. She's an essayist who writes social commentary. What I took away from it is that you should look for a man who will help you to tear down patriarchy. Instead of looking for a guy that has the same hobbies as me, or has the same interests, I should be looking for the anti-man. That's not to say someone who hates men—the every-man is for patriarchy, the anti-man against patriarchy."