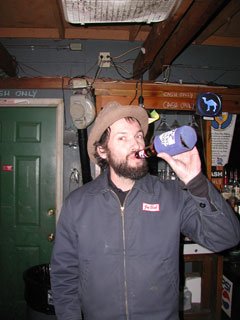 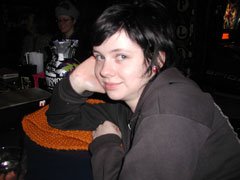 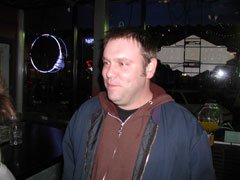 Currently reading: "Haunted" by Chuck Palahniuk "It's a bunch of short stories written by these characters that are tricked into going to an artists' retreat by a child with progeria. It's like the Mary Shelley thing where she wrote 'Frankenstein' and they wanted to isolate themselves. There's a pearl-diving story about beating off at the bottom of a pool. It's entertaining. I read it while I'm at the laundromat."

One book everyone should read: "Life of Pi" by Yann Martel "It's the best book I've read in the last couple of years. It's about a man who gets stranded in the ocean on a life raft with a tiger, a hyena and an orangutan. Oh, and a zebra. The point of it was, 'Is the best story you could ever tell more fantastical than your actual life?' It's really fascinating. This guy is projecting these things to deal with the cruelty of the situation and the brutality of being on this boat. It's hard to explain. You should just read it."

Years ago, Jan. 12, some female KU students started a campaign called "lips that touch liquor will never touch mine": 110

Percent of U.S. sorghum grain that came from Kansas: 52.2

Percent of Kansans who work in jobs related to agriculture and food production: 20

Percent of them who were married: 1.7

Most googled "who is" question: who is god

Most googled "what is" question: what is love

Most googled "how to" question: how to kiss