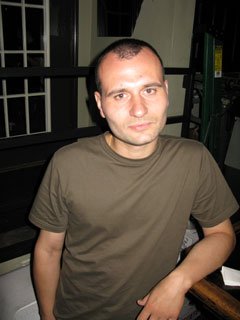 Enrico Sessolo, working on PhD in Physics, and when the opportunity arises, enjoys reading or seeing a movie 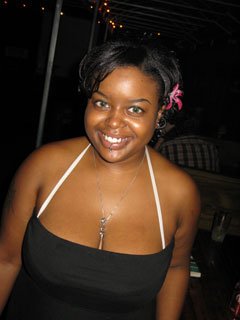 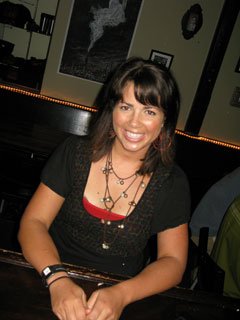 Currently reading: "The Enchantress of Florence" by Salman Rushdie "It's about an Italian impostor who arrives in a far Eastern court and pretends to be some sort of magical interpreter of the ruler's dreams. There's a twist in there, but I'm not going to tell you what it is. I believe Rushdie, with this book, is trying to distance himself from his 'Midnight's Children' phase of religious polarization. I've read pretty much every book Rushdie has written and I appreciate his descriptive writing in an age when most people are looking for immediate answers or quick anecdotes. He's a novelist's novelist."

One book everyone should read: "The Madwoman in the Attic: The Woman Writer and the Ninteenth-Cuntury Literary Imagination" by Susan Gubar "For everyone who may be interested in literature and the anxiety of influence that may come from producing any sort of writing. It's a critical work for female writers who might feel the need to look back on a literary past and find no sort of female role models. I actually used it for my last term paper. As a critical reference, I like it because of its feminist focus on the female author and the fact that the female author, when writing, simply does not have as many literary role models as the male author in Western culture."

Age at death of Bo Diddley: 79