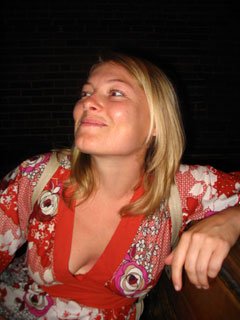 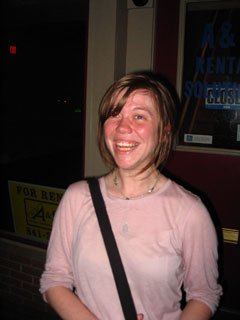 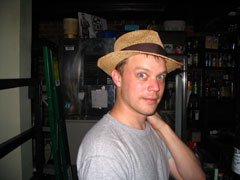 Andrew Myers, software developer, picks around on the guitar, casts around for the catfish

Currently reading: "Inventing the AIDS Virus" by Peter H. Duesberg "It's about how this guy seems to think there's no actual evidence to link the HIV virus and AIDS. It's very interesting and very controversial. It came out a long time ago, like '95 or '96. It talks about a lot of things virologists have said in the past were viral diseases but turns out weren't viral diseases, and he thinks AIDS is one of those. He argues that everybody jumped on the HIV bandwagon far too early. I like reading about how society has gone awry, and this is one of those books, saying this could be a misstep we've taken. It kind of appeals to me for some reason, and I'm not exactly sure why."

One book everyone should read: "Galapagos" by Kurt Vonnegut "The world ends while this kind of motley crew is on a cruise out on the Galapagos Islands. These people get stranded out there during some kind of nuclear holocaust at the sort of birthplace of the idea evolution. Vonnegut's hypothesis is that, when nature is left to its own devices, people will devolve. He mentions over and over again how our brains have gotten too big for their own good, and that through natural selection, it better suits nature that we're not so smart. I wouldn't recommend Vonnegut to the entire populace. You have to have an underlying degree of cynicism."

1 "So...what's up, Barack?"
2 "Not much. Oh, there's the whole becoming-the-Democratic-nominee-for-president-thing. That's something, I guess."
3 "That is certainly...something."
4 "No hard feelings, I hope. The will of the people, and all."
5 "Mm-hm. Anyway, would you like something to drink? (Maybe some Kool-Aid since that's what everybody else is drinking these days.)"
6 "What's that?"
7 "Oh, nothing. Say, I hear you've been talking with Kathleen Sebelius lately. She's a bit inexperienced for you, don't you think?"
8 "If by 'inexperienced' you mean 'wasn't married to a president and hasn't even finished her second term as a junior senator,' then yes."
9 "Cut the crap, Obama. Either you give me Vice President or I keep campaigning until John McCain rips you a new cooter."
10 "That's just gross."
11 "Suck it up, douche bag. This isn't one of your pansy-ass Harvard circle jerks or state senate corn hole parties. This is hard ball!"
12 "I think the density of your balls has been well established, Hillary. Now can you please take them off of the table?"
13 "You like what you see, numb nuts?"
14 "Mrs. Clinton, you're trying to seduce me...aren't you?"
15 "Don't flatter yourself, choad lick. You wouldn't know what to do with my Oval Office if McAuliffe popped out of my ass and drew you a map."
16 "Lovely. Simply lovely. I think we're done here."
17 "Wait! What about Supreme Court? Secretary of State? Ambassador to Guam? Don't leave me in that poofter's club with Dodd and Biden, dammit!"
18 "Who knows, Hillary...anything can happen. Like Bobby Kennedy getting shot, for example."
19 "Aw, you're not still sore about that are you? I say really stupid shit when I've been slugging Crown Royal all day. Hey, uh...you think you could hook a sister up with 30 million bones?"
20 "I'll call you Hillary. Around 3:00am, right?"

Percent of white adults from Kansas who said they'd been sunburned in the past year in a 2004 survey: 41.4

Percent from Utah, the state with the highest percent of sunburned white people in the United States: 49.9

Kentucky, the state with the lowest: 27

Percent of U.S. adults who said they'd drunk alcohol in the past year in a 2005 survey: 61

Percent of U.S. drinkers who'd had five or more drinks in a day at least once in the past year: 32

Cases in New York, the state with the most Lyme disease incidents in the United States in 2006: 4,460

Number of hours the average American will spend watching TV per day this year: 4.7

Years ago, June 15, KU's Hoch Auditorium burned down after being struck by lightning: 17