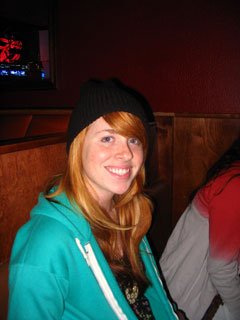 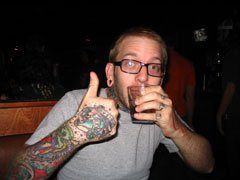 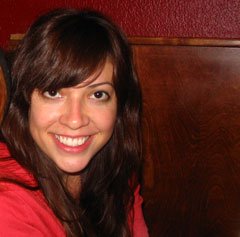 Currently reading: "A Dictionary of World Mythology" by Arthur Cotterel "I got it at Half Price Books today and am just kind of scanning through it. It's got little tidbits about each deity. I think it's interesting what each culture is fascinated by and what gods they worship. Who didn't love the Greek Mythology section of Junior High? I enjoyed how there's overlap between various religions, like the similarities between Christ and Buddha."

One book everyone should read: "Jesus' Son" by Dennis Johnson "It's really depressing and a short read-a really good book. It's about a guy on this crazy drug binge, his experiences and the random jobs he gets. It's kind of a modern day 'On the Road.' One moment I was just thinking of is when he gets a job at a hospital with his friend. It's epic. He and his friend are really drugged out because the friend has been stealing pills from the hospital. He somehow gets a knife in his leg but isn't aware of it, so he keeps mopping up a bunch of his own blood without realizing it's his. It's so far out there and not my life that I can live vicariously while I read it."

Age of Tupac Shakur at death: 25