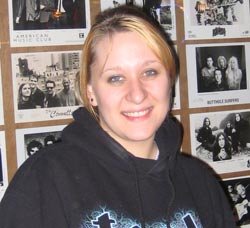 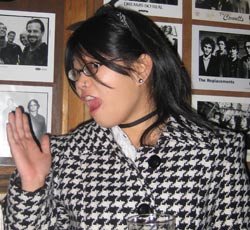 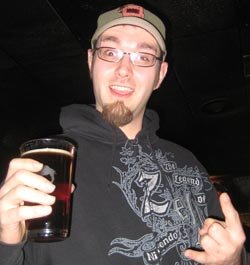 Currently reading: "Good Omens" by Neil Gaiman and Terry Pratchet "Basically, the time for the apocalypse is nigh and everyone f*cked up-hilarity ensues. Being a nerd, I'm a huge fan of Sandman, which was a comic that Gaiman wrote. Gaiman is a visionary wordsmith. Not only can he create the impossible from the believable, but he makes you feel for characters you shouldn't have any connection to. It revolves around an angel and a demon on a road trip trying to find the anti-Christ-who in a wacky mix-up belongs to a suburban family-and I really enjoy their arguments."

One book everyone should read: "Neuromancer" by William Gibson "William Gibson is the father of cyber-punk, which is technological integration into everyday life with a huge influence from Japanese culture. 'Neuromancer' is about someone who's trying to make due in a world that's unkind-other than that, the booze is preventing me from remembering what it's about."