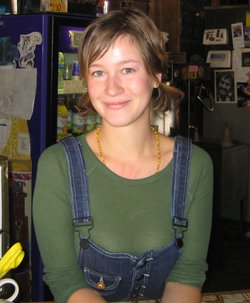 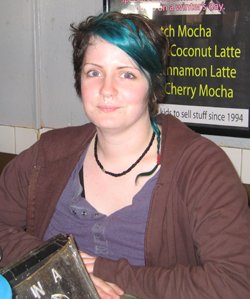 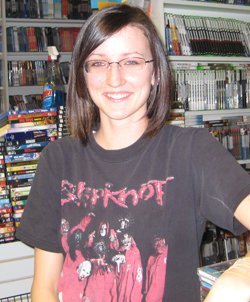 Currently reading: "Letters to my Son: A Father's Wisdom on Manhood, Life and Love" by Kent Nerburn "This guy is writing letters to his son about life lessons he's learned. Not necessarily telling him how to handle things, but how to think about them. He's telling his son things he wished he'd realized when he was growing up. He covers money, education, girlfriends, possessions, fairness, moral situations-he's asking his son to keep in mind what's important and what's not important. It's dipping into a man's mind, which is really interesting to me. How do guys think about things? It's pretty cool. He also talks about how guys are the shadow of their father, whether your dad was a horrible and crappy man or was an amazing man. You're either trying to overcome or be as good as your father your entire life. It's true-I look back at some of my boyfriends and go, 'Wow, you're just as sucky as your dad."

One book everyone should read: "Sabriel" by Garth Nix "I'm really into fantasy books. That's why I read books-to get the f*ck away from this life. Garth Nix has this series called the Old Kingdom Trilogy, with 'Sabriel,' 'Lirael,' and 'Abhorsen,' and it's really cool. It takes place in a world pretty much like our own, but there's a portion of it beyond this great wall where technology doesn't work and everyone still rides horseback and fights with swords and shit. There's magic involved. The whole series is about the Abhorsen, who has seven bells that control the seven gates of death. The Abhorsen controls the gates and prevents the dead from returning. There's of course this old ancient power that wants to come through the gates and destroy our world. It's not Harry Potter-there's no wands and going to school to learn spells-but there's not an insane amount of death and destruction. There's no cussing or anything. I cuss enough on my own, I don't need it in a book."