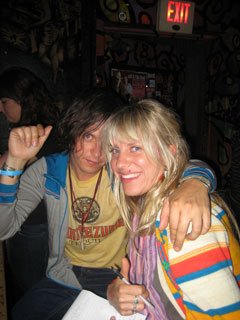 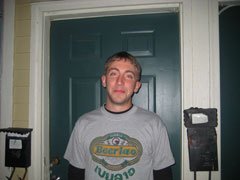 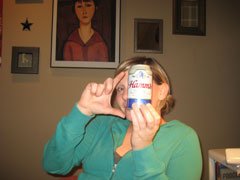 Currently reading: "Great Short Works of Herman Melville" by Herman Melville "I like Melville's longer stories, so I thought I'd appreciate his short stories as well. My favorite one so far is talking about a very poor man who goes to a wealthy church, is denied entrance because he's deemed unsuitable, and how he has to sneak up into the belfry and look down at the sermon. He ends up getting locked inside and, later, arrested. The second half of the story is him going to a theater performance where everyone is welcome. He finds camaraderie in a theater but not in a church. It's very interesting."

One book everyone should read: "South of the Border, West of the Sun" by Haruki Murakami "It's a novel, it's very sad, and it has a lot magical/mystical elements-but in a very believable way. It's a story about a love that's lost and then grappling to find that love again, but in a sad and almost pathetic kind of way. At the time I read it, I was going through a lot of the things the book talks about and it made me feel better."

Portion of the $9.5 trillion added to the national debt during the past 31 years and seven months that came during Republican presidencies: $7.7 trillion.