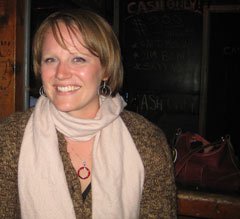 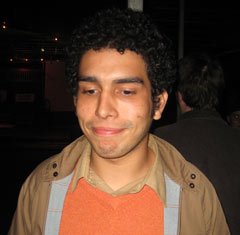 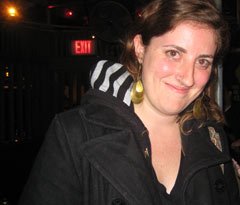 Currently reading: "Putin's Russia: Life in a Failing Democracy" by Anna Politkovskaya "It's basically about the atrocities that are going on with f*cking Russia's military, how they're killed if they fight and they're killed if they don't fight, and how it's effecting global economics and stability. One of my friends told me about it and said that the author had actually been executed because she wrote this book. I wanted to read a book somebody died for, and since all this shit is going down around the world, I wanted to know more. It's pretty intense."

One book everyone should read: "Les Miserables" by Victor Hugo "It's one of the best humanitarian novels I've ever read. It's about a guy who steals a loaf of bread and is imprisoned for 19 years. He gets out, feels bitter and hardened by prison life, and is taken in by a bishop after no one else will. He ends up stealing a bunch of his shit. When he's caught and brought back, the bishop forgives him. He's stunned by the bishop's kindness, cleans up and-well, it's a long story and I don't want to talk about it forever. It's an amazing book about how you can start life negative, hopeless about society and the future, and getting a new perspective. Every time I read it, it brings me to tears. There aren't many books that can bring me to tears."