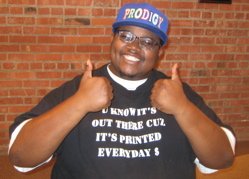 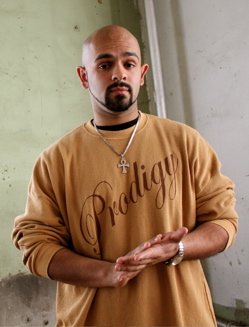 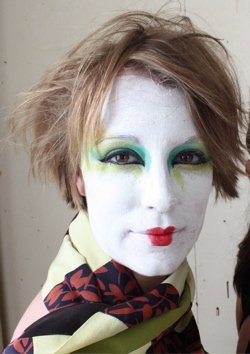 Annette Becker, student, geisha, draws outside of the lines in her coloring book

One book everyone should read: Book everyone should read: “The Illustrated Man” by Ray Bradbury “It’s a collection of short stories that are science fiction-ish, but more mind f*ck-ish. They make you reconsider a lot of things about society and why you do what you do. There’s one about two children and the parents who give them everything they want. In one of the rooms they have a projector that turns the room into whatever environment they pick. The kids get angry at their parents one day because they’re denied something for the first time. They trick the parents into going into the room with the projector, which is now an African veldt filled with lions. The story ends with the smell of blood drifting out of the room. It’s really creepy.”