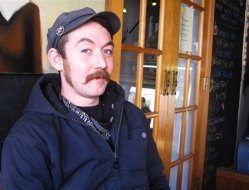 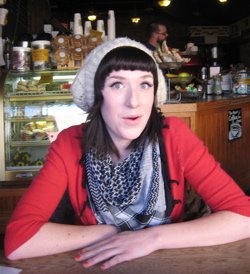 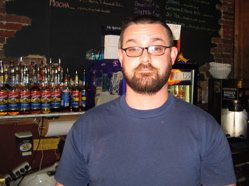 Currently reading: "Blood Meridian" by Cormac McCarthy "It's a very bloody and very violent western. I had several friends recommend it to me as a book that had to be read. The violence is a little off putting and my girlfriend had to stop reading it halfway through. There was a scene involving a baby that was too much for her."

One book everyone should read: "Ham On Rye" by Charles Bukowski "It's one of my favorite books. Bukowski was a West Coast writer, mostly in the '70s and '80s, and this book is sort of based on his life and childhood. He's just clever, straightforward and fun to read. There aren't many authors I read just because they're entertaining. It's kind or like reading a romance novel, I guess—except a romance novel written by a drunk."