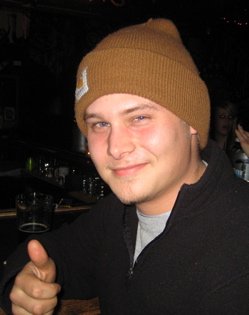 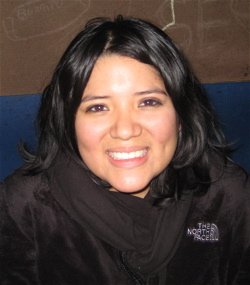 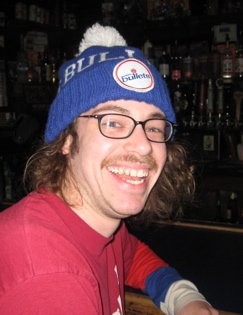 Currently reading: "Lolita" by Vladimir Nabokov "It's about this character, Humbert Humbert, who's pretty much a pedophile. He writes prose poetry, so that makes his pedophilia not seem so bad. The whole book is basically about him marrying a 35 year old so he can try to have sex with her 12 year old daughter. I was attracted to this book because I find myself sharing a lot of characteristics with Humbert—no, I'm kidding. I really like Nabokov's writing and Stanley Kubrick's movie is amazing."

One book everyone should read: "Candy" by Terry Southern "It's also pretty pornographic. Southern actually co-wrote 'Dr. Strangelove.' Anywho, there's this chick named Candy Christian who's a virgin and gets herself into all kinds of ridiculous predicaments where guys try to take advantage of her. She ends up running away from her hometown to New York where she sees this hunchback on the street that she ends up falling in love with. That's who deflowers her, a hunchback. Southern is really good—his writing is to the point and he describes his characters with precision."