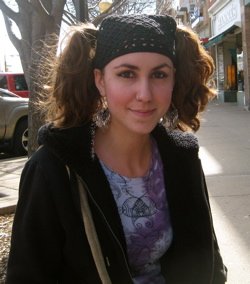 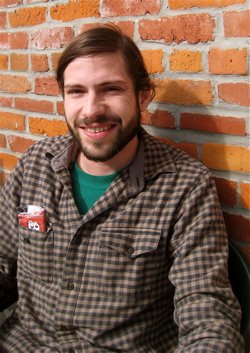 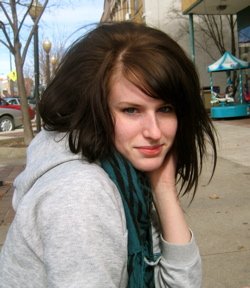 Katie Webber, student, reader, ponderer of life, hanger of out

Currently reading: "The Kite Runner" by Khaled Hosseini "It's about two young boys growing up in Afghanistan and life under the Taliban. It's fairly deep—I got more than I bargained for. Not that I didn't know what it was about, but I didn't know the extent to which I would be under stress while I was reading it. I had heard a lot about it, and I like to troll through used bookstores and grabby-grab everything, so it was in one of my piles. I was going to give it to someone for Christmas but ended up keeping it for myself. I really enjoy it, but I've had to put it down a couple of times because it can get pretty intense—needed to let it marinate for a while."

One book everyone should read: "The Bell Jar" by Sylvia Plath "It's my favorite book and I recommend it to my friends. I read it in high school and it helped me learn to express my darkest feelings when I wright for myself. It's fiction, but it's kind of autobiographical about Sylvia Plath's youth and her first suicide attempt. At the time I read it I didn't know Plath ended up actually killing herself for real. I would suggest not reading it when you're in a really bad place, but I think it's a great piece of literature. She was an amazing writer and poet."