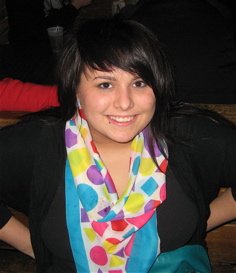 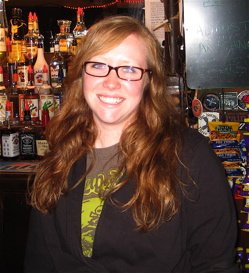 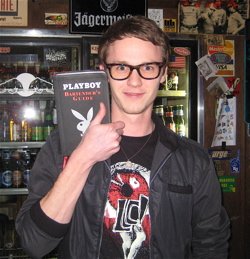 Currently reading: "Hairstyles of the Damned" by Joe Meno "I just got it and haven't even opened it yet. So far as I know it's a coming of age story about a punk rocker. My girlfriend works with this guy who was in Girls Against Boys, Johnny Temple, who started a publishing house called Akashic Books with the royalties he made in the band. It's a DIY house that puts out a lot of punk books, and this is one of them. I don't know what to expect, but the cover has a guy with pink hair."

One book everyone should read: "The Informers" by Bret Easton Ellis "It's about jaded people living in Hollywood. There's this undertone of vampirism throughout, with people feeding off the living, sucking their life out both literally and figuratively. It's a big downward spiral filled with drug addiction and pharmaceuticals. I've always been drawn to that dark style of writing. Humans at their worst gets me for some reason. Any book about the '80s is worth owning, espeically is it has drug addled kids and strung out house wives self-destructing one by one."