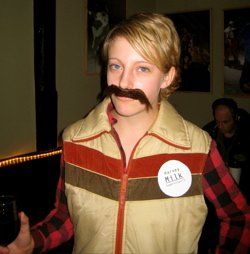 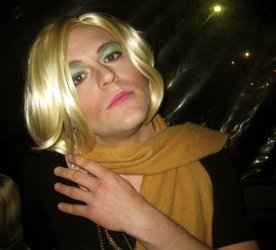 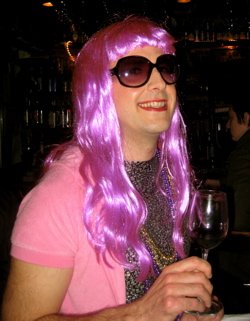 Currently reading: "God Is Not Great: How Religion Poisons Everything" by Christoper Hitchens "I don't like Hitchens as a man, but he's a great writer. He's this British ex-pat and Republican who stood behind the invasion of Iraq, but is also an atheist. In this book he goes through a long laundry list of all the terrible, terrible things done in the name of religion. It's thoroughly entertaining. He hates Mother Teresa, too. He hates her so much he wrote another book entirely devoted to how much he hates her. But the man loves Scotch."

One book everyone should read: "Catch-22" by Joseph Heller "It's this fantastic take on the stupidity of war. It focuses on the total hypocrisy of the military and it's hilarious. It's one of the funniest books I've ever read. One of my favorite movies is 'Dr. Strangelove' and this book uses the same sort of biting satire. It teaches you how the military actually works and that you should be skeptical of bureaucracy."