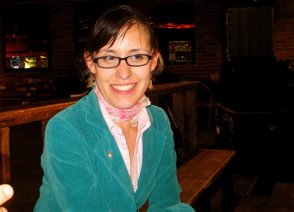 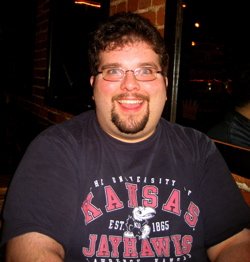 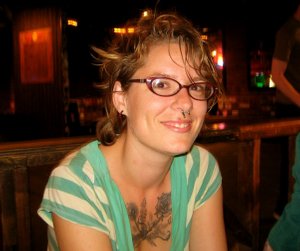 Currently reading: "The Illuminatus! Trilogy" by Robert Shea and Robert Anton Wilson "It's conspiracy theory meets Douglas Adams. It's pretty awesome. The Illiminatus is a covert group—who are actually aliens from the planet Vulcan that have been masquerading as humans for centuries—that are responsible for everything, from killing Kennedy to every war that's ever been fought. It's kind of like 'The DaVinci Code' for intellectuals. What's funny about it is that it's fiction, but it uses references to actual history. After you've been reading it long enough, it's hard not to buy into it. I'm getting paranoid as I read it, thinking that maybe coincidences aren't really coincidences, and looking over my shoulder."

One book everyone should read: "Red Flower: Rethinking Menstruation" by Dena Taylor "It's about women reclaiming their bodies and taking pride in their reproductive system. It suggests women use their menstrual cycle as a time for stepping back and getting in touch with their inner, sacred feminine. The idea is that, in each person's cycle, there are different phases you should take advantage of. Depending on the phase, you can be more outgoing, more intuitive, more creative or more withdrawn. For example, a lot of women when they're bleeding might think they're being the archetypal, bitchy, PMS-ing woman. In reality, what they need to do is listen to their intuition. Maybe it's saying, 'Right now, I need to be alone' or 'Right now, I need to be more active.' You need to take advantage of that energy. This book made me a lot more comfortable with my cycle. There are a lot of misconceptions out there about a woman's body and we don't need to be told that our vaginas are dirty."