Parents often are the rowdiest

They lurk at baseball diamonds, basketball courts and soccer fields: the red-faced dad in the bleachers who thinks he'd make a better umpire than the one behind home plate and the grumbling mom who insists her child hasn't played nearly enough.

Watching their children compete seems to bring out the fiend in some people. 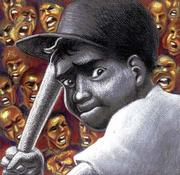 Watching their children compete seems to bring out the fiend in some people.

Mouthy parents aim their verbal assaults at officials, coaches and other parents, often to the utter embarrassment of their children. Coaches exchange ugly words with one another.

In Lawrence, verbal spats rarely erupt into sparring matches, though it's not unheard of. "Sports rage" has become a hot topic nationally, especially since the early July beating death of a Massachusetts youth hockey coach by the father of one of the players.

Few and far between

Roger Morningstar, owner of Sport 2 Sport, a private organization that offers sports leagues and instruction mostly to young people, said he had been forced to ban a few parents from youth athletic events.

"They would have gotten physical if we didn't stop it," he said.

Sport 2 Sport, which opened nearly four years ago, had its first act of violence the weekend of July 7 at a baseball tournament. One coach was so busy arguing with an umpire that he wouldn't shake hands with players on the opposing team. When the opposing team's coach commented, the other coach came after him.

"It was just a one-punch deal," Morningstar said. "This guy came over and sucker-punched him in the cheek."

Gerry de Boer, president of Kaw Valley Soccer Assn., said that despite several threats of physical harm, only one argument had led to contact. Last September, two parents who were referees during a game got into an argument that ended in an assault.

In both instances, the people involved in the violence were suspended.

Morningstar and de Boer agree that verbal and violent tendencies increase with the level of competition.


The trouble seems to rise to the top, so to speak. The more competitive you are, the more problems that you have because that's when you want to win more than you want to teach the kids to be better at whatever sport they're playing."ï¿½ Roger Morningstar, owner of Sport 2 Sport

"The trouble seems to rise to the top, so to speak," Morningstar said. "The more competitive you are, the more problems that you have because that's when you want to win more than you want to teach the kids to be better at whatever sport they're playing."

De Boer said there was more pressure in the soccer association's premier league than in its recreation league, not only because the level of competition is higher, but also because parents have to pay more for their children to play.

While violence is rare, parental ranting and raving is endemic to youth athletics.

Morningstar would like more people to pay more attention to a sign posted at the Sport 2 Sport complex, which reads: "Chill. Don't go nuts in here. Let's all have some fun."

He's convinced that if parents and coaches understood how ridiculous they looked when acting up, they would think twice.

"All you'd have to do is video them and then show them what they just did," he said. "They'd be so embarrassed."

Morningstar said he's seen children burst into tears and plead with their parents to be quiet.

"I wish there was a way to make people more aware of the effect that they're really having on these young kids when they do that kind of stuff," he said. "It's not a good message to send."

The children often suffer in silence.

"You can see it on the kid's face," said Lee Ice, youth sports supervisor of Lawrence Parks and Recreation.


Another option I always heard was, 'Let's play the game and keep the parents outside, and we'll let them know how it turned out when we leave.'"ï¿½ Bret Toelkes, president of Lawrence Youth Football

"The primary reason, if you ask them, is that the activity is no longer fun," Ice said.

Ice said the number of officials in recreation sports has dropped slowly since he became involved 10 years ago. In the past, teens often have signed up to be referees.

"It's more difficult to find young kids 16 to 18 (willing) to be put in a situation where a judgment call might erupt into a confrontation with an adult," he said. "So they quit."

Rick Bryant, a 45-year-old former official for Lawrence Parks and Recreation, said he has encountered less trouble because he was older than a lot of the other officials. But he remembers one father who always parked his lawn chair right behind the backstop and tried to have a running dialogue with the home-plate umpire.

After a game one night, Bryant walked around behind the backstop, complimented the man on his son's game and told the man he would make a good umpire.

The man said, "'No, I couldn't do that. I couldn't handle all that grief,'" Bryant said.

"So why do you dish it out?" Bryant asked. The question was enough to stop the man's negative comments.

Most Lawrence youth sports programs employ young officials. Bret Toelkes, president of Lawrence Youth Football, said he announces at the beginning of each season that the official's call is the final call.

"That usually alleviates the problem," he said.

"They go to the game, and coaches pick parents out of the stands and give them a whistle," he said. "Everybody should have to put that striped shirt on and make an out or safe call."

Part of the problem, Bryant contends, is that Americans idolize professional athletes who aren't always models of sportsmanship.

"I think society has gotten away from good manners and good sportsmanship," he said. "Kids see professional athletes as role models."

It sends the wrong message, he said, when a pro spits in an official's face, sits out a couple games, pays a fine and then hits the court again ï¿½ still making a million-dollar salary.

The media like to show baseball managers chesting up to umpires and basketball coaches getting thrown out of games, Morningstar said.

At the professional and college levels, where people's jobs are at stake, Morningstar said, winning and losing is more important.

"But if you're a youth coach, and you know what your win-loss record is, you're going down the wrong road as far as I'm concerned," he said.

For the fun of it

All the Lawrence youth sports organizations have meetings and pass out literature at the beginning of each season to let parents and coaches know what is acceptable behavior and to emphasize that the goal is fun.

Some sports leagues have rules that take the focus off winning and losing. Parks and Recreation, for example, hands out the same trophy to every player at the end of the season, regardless of which team won the most games. Lawrence Youth Football uses a point system to determine which teams will play in the championship game.

"You get five points for a loss and 10 points for a win," Toelkes said. "Any unfortunate penalties you or the coach or the fans receive take a point off. Sometimes it has an effect. You might end up with 69 points and the other team has 70 and you have an identical record."

One of the guidelines in the Kaw Valley Soccer Assn.'s handbook reminds parents to concentrate on having fun: "Your child will forget today's game. Next week, he or she will probably have forgotten the score. However, both of you will remember that you had a good time playing the most popular sport in the world."

Toelkes suggested what might be the only sure way to keep feisty adults from ruining the fun of youth athletics:

"Another option I always heard was, 'Let's play the game and keep the parents outside, and we'll let them know how it turned out when we leave.'"