The Kansas University Band will perform at 7:30 p.m. Thursday at the Lied Center. 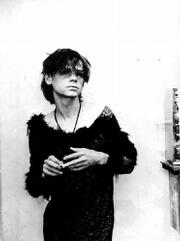 "Benjamin Smoke," a feature-length documentary about an artist, speed freak and drag queen, will be shown at 7 p.m. Friday at the Nelson-Atkins Museum of Art, 4525 Oak St., Kansas City, Mo. Smoke founded such bands as Opal Foxx Quartet and Smoke, which influenced the work of Patti Smith and Michael Stipe.

Conductor is Timothy Oliver, and Richard Daily is associate conductor.

Trumpet and piano duo to perform at recital

He is principal trumpet of the Danville Symphony Orchestra and has been a member of the Champaign-Urbana Symphony since 1990. He has performed with the Illinois Symphony Orchestra, the Sinfonia da Camera, the Queens (N.Y.) Philharmonic, the New York Trumpet Ensemble and the Chicago Chamber Brass.

W. David Hobbs is professor of piano at EIU, where his teaching duties include studio piano, classical piano, keyboard literature and freshman theory. He received bachelor's and doctoral degrees from the Cincinnati College Conservatory of Music and his master's degree from Northwestern University. Hobbs is an active soloist and chamber musician playing throughout the East and Midwest.

Kansas University music honor students will present two concerts this month. The students were nominated for auditions and then were selected to perform in the concerts.

Both concerts are free and at 7:30 p.m. in Swarthout Recital Hall in Murphy.