New York — Ever since Tina Wesson won the second million-dollar jackpot in May, "Survivor" seems to have lost the immunity idol.

A nagging sense that all is not how it seems on the hit reality show has followed the news that "Survivor" executive producer Mark Burnett staged some scenes and may have tried to influence the first game's outcome. 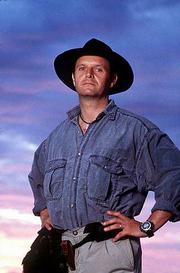 "Survivor" executive producer Mark Burnett has been accused of staging some scenes on the hit reality show. Critics also allege that Burnett may have tried to influence the first game's outcome.


Filming is about to begin for the show's third edition in Kenya. Only when it goes on the air this fall will CBS know whether the unabashed love affair viewers have had with "Survivor" will be tested.

"All signs indicate 'Survivor' is just as popular, if not more popular, than when the second edition ended," CBS spokesman Chris Ender said.

Others aren't so sure.

"I think people are a lot more suspicious now," said Tim Gilman, a fan who started the Web site survivornews.net. "I think people have come to expect that not everything on 'Survivor' is real."

Burnett volunteered the information about staged scenes during a speaking engagement. He said a river-swimming race during the second "Survivor" was later re-enacted with stand-ins so a helicopter crew could get better shots.

Neither he nor CBS seem to have any problem with the technique.

The court case involving Stacey Stillman is potentially more damaging. Stillman has charged Burnett with rigging her early exit from the first game. Burnett, and other contestants, deny this, and CBS claims the lawsuit is baseless.

But fellow contestant Dirk Been gave a long deposition essentially backing Stillman's claim, saying Burnett approached him during the first "Survivor" to suggest voting Stillman off the island.

Been said he believed Burnett was trying to boost the chances of cranky Navy veteran Rudy Boesch. Boesch told him he knew Burnett from before "Survivor," Been testified.

Been voted against Stillman. Later, he appeared troubled by Burnett's role.

"Instead of a battle against other people ... my biggest job was to impress Mark as being someone that was going to produce a good TV show for him," Been said.

Been said he also overheard producers talking about putting fish in traps because "Survivor" contestants weren't catching many on their own ï¿½ and the tapioca roots that the players found appeared to have been planted by outsiders.

Peter Lance, an author who has written a critical book about "Survivor," said he believed the second edition's popularity "was eroded by the sense that there was manipulation going on." The second "Survivor," while it didn't reach the ratings peak of the first, was nonetheless the most popular show on television last season.

From studying the second edition, Lance has theorized that the show's rules were bent during some of the competitions to ease Texan Colby Donaldson's path to the finals.

The author made news himself when served with a subpoena by CBS lawyers to give a deposition on what he knew about the show. Lance complained the order would make him reveal too much and, after news coverage painted CBS as bullying, the deposition was called off. (Lance has admitted that CBS rejected his proposal that the network give him exclusive "Survivor" access so he could write a book.)

CBS said it has received a very light response: 23 letters or phone calls of complaint from viewers about the Stillman lawsuit, and fewer than 10 about the staged scenes.

The network's internal research indicated viewers enjoyed the second edition more than the first, Ender said, even though many critics and fans like Gilman disagreed.

"The show just seemed a little more, I wouldn't say scripted, but highly controlled, like a movie set," Gilman said. "The more I knew about that, finding out it's not really a documentary where people are interacting with each other, it cheapened the experience.

"On the other hand, I'll keep watching it."

So will most of its fans, said Robert Thompson, director of the Center for the Study of Popular Television at Syracuse University. They'll stick with it as long as they believe the weekly votes on who leaves the game aren't contrived, he said.

"I don't think the public would sit through it if they knew the participants weren't deciding it, it was the producers," he said.