Each year, the Lawrence Arts Commission presents the Phoenix Awards to recognize outstanding achievement in the arts in the Lawrence community.

Seven people were selected for the 2001 honor. They will be recognized at 2 p.m. today during a ceremony at the Lawrence Visitor Information Center in the Union Pacific Depot in North Lawrence.

Each winner will be presented with an original quilt block created by Lawrence textile artist Chris Wolf Edmonds.

Here are this year's winners:

When the 500 Locust life drawing group was in jeopardy of folding last year because it could no longer keep its studio space, Hobart Jackson came to the rescue.

Jackson, who helped establish the group in about 1980, had become increasingly in charge of rent, utilities, securing models and model fees, scheduling and publicity of events ï¿½ all done quietly and with a sense of commitment to the artists who had participated in the group's Saturday morning drawing sessions over the years.

So when it became clear the group would not be able to continue at 500 Locust, Jackson and his wife, Shakura, decided to build Hidden Valley Studios, a structure large enough for a dozen artists and a model.

"(The group) has been a very positive aspect of my life and my creative life," Jackson said. "It's always been about keeping the group going."

Larry Maxey, a Kansas University music professor, gets satisfaction from his students' success.

Jackson clearly remembers how he became drawn into the arts ï¿½ and he wants to return to what initially set his creative mind free.

As a child, Jackson was so skinny that he wouldn't wear shorts or short-sleeved shirts. But when he fell down and severely skinned his knees, he was ordered to wear clothing that would expose the wounds to fresh air so they would heal quicker.

Because he was so conscientious about his appearance, he ended spending most of his time indoors listening to jazz music and painting.

"I'd paint surrealistic jazz instruments and there was a woman's figure," he said. "I'd incorporate bits of architect (into the painting), like a framing that looked like stained glass.

"I was essentially painting to music and I want to do that again."

Winnefred Gallup's 80-year life has been filled with music.

"I grew up in a family that loved singing," she said. "I learned to sing before I could talk."

Gallup, who started studying piano at age 6, moved to Lawrence with her widowed mother and siblings so her oldest brother could enroll at Kansas University. When Gallup was a high school senior, she began studying piano with Ruth Bacon. In 1941, she graduated from KU with a degree in piano, and plenty of experience playing the organ.

"I worked with 13 or 14 choir directors during that time," she said.

She has directed adult and children's choirs, led bell choirs and accompanied hundreds of KU faculty and student soloists at recitals.

"Through the years, I've played for singers, bassoonists ï¿½ many instrumentalists and fine singers," she said. "I've played at funerals and weddings and other things around the town."

Over the years, she has been involved with the Lawrence Civic Choir, Lawrence Music Club, Nu Phi Epsilon, Mortar Board, Habitat for Humanity shows and public school programs.

Winnefred "Winnie" Gallup has accompanied faculty and student recitals and played church organ for about 60 years in Lawrence.

Gallup said she never considered being a soloist ï¿½ basking in the spotlight never much appealed to her.

"Part of being an accompanist is to make the soloist sound good," she said. "I'm inspired by people who just don't sing or play the notes, but are there to create beautiful music.

"You feel like you are really helping. (Being an accompanist) is a helping profession in a way. I feel like I'm bringing joy to someone through music."

Jan Gaumnitz works in a variety of media, including ceramics, sculpture, acrylics, oil and watercolor.

Joe Skeeba may be one of the best-kept secrets of the Lawrence arts community. Essentially a self-taught carved glass artist, his works can be found in Great Britain, Italy, Saudi Arabia, Israel, Turkey, Germany, Canada, the Bahamas, Mexico and throughout the United States.

His works are in the private collections of actor Arnold Schwarzenegger, Saudi businessman Adnan Kashoggi and actor Robert Morse.

In Lawrence, Skeeba is best-known for the carved glass underwater scene of parent and child whales at the Lawrence Indoor Aquatic Center.

"It's in five sections," he said of the work, "and each panel weighs about 600 pounds."

Skeeba developed his glass-carving skills during his off-hours while working the night shift for the railroad in St. Joseph, Mo. By the time he moved to Lawrence in 1989, he had developed a substantial client base, including Hilton, Marriott and Sheridan hotels, Ralston Purina Co. and HOK Interiors.

"There were only three or four people in the country doing this on a large scale, so I got a lot of work," he said.

His projects have included a mixed-media work with a bronze sculpture of archeologist Kenan Erim and a carved-glass, lighted mural that was installed simultaneously in New York City and Istanbul and Aphrodisias, Turkey; a mural with illuminated carved-glass panels depicting the life of St. Francis of Assissi and the history of the Laverna Heights Order of the Sisters of Saint Francis; and "Halia," a carved and etched mermaid designed for Bob Goen's Lexus Invitational golf tournament and celebrity auction.

His works are carried in galleries in Providencetown, Mass., and Santa Monica, Calif.

Deborah Bettinger, artistic director of the Lawrence Ballet Ensemble and the Lawrence Youth Ballet, has a message for the young dancers she works with: Have dreams and make them come true. 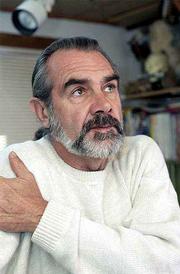 Bettinger began dancing at age 9 in Junction City. Because her father was in the military, she studied ballet wherever the family moved, including Germany and Minneapolis.

She continued her studies at St. Mary College in Leavenworth and Kansas University, before taking a teaching position in 1978 with the former Lawrence School of Ballet. In 1991 Bettinger was hired as ballet program coordinator at the Lawrence Arts Center, a position she still holds.

"Each process is an evolution of movement," Bettinger explained, "and sometimes there's an accident that turns out to be magic and we keep it in."

"Deborah works with the art of dance," Baker said. 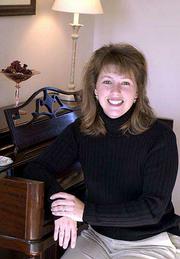 For more than 30 years, Larry Maxey has molded the music educators and professional musicians of tomorrow.

Maxey, who came to Lawrence in 1970 to teach music at Kansas University, gains as much satisfaction from one of his students playing well under pressure as he gets from his own performances.

He has helped organize and direct Habitat for Humanity talent shows and was a founding member of the Lawrence Youth Symphony. He has written many articles for academic music journals.

While he has played jazz saxophone in the past, Maxey now concentrates on classical and Klezmer, or Jewish folk music, on the clarinet.

"My personal goal is to maintain the highest level of performance I can," he said.

Jan Gaumnitz is the first two-time winner of a Phoenix Award. A few years ago, she was recognized with a Phoenix Award for Arts Volunteer. This year, she is being honored for her ever-evolving artworks.

Gaumnitz is not a single-media artist. She creates ceramics, mosaic murals, sculptures and acrylic, oil and watercolor paintings. And in the past couple of years, her artworks have become a way to bring different segments of the Lawrence community together.

A mosaic mural, created by Gaumnitz and Lawrence artist Cathy Tisdale, is in the entranceway of the Lawrence-Douglas County Health Facility. She is working on a painting titled "Garden of Love" for the Lawrence-Douglas County Health Department and a painting for the maternity/obstetrics department at Lawrence Memorial Hospital.

Gaumnitz said she likes to experiment with different materials, styles and techniques.

"I'm interested in Southwest colors and landscapes, abstract and figurative paintings," she said, adding she also is working on a fanciful, ceramic teapot series. "I'd like to get into concrete and other large outdoor things, maybe some stainless steel, and I'd like to continue experimenting and doing some big paintings."

Gaumnitz said she hopes she has contributed to the community.

"Art," she said, " is a community-building opportunity, a venue for community awareness and togetherness."

Elizabeth Starman, executive director of the Lawrence Children's Choir, said she doesn't know why she's receiving the Phoenix Award for arts education because it is she who is learning from her experience with the choir.

"I don't have much of a music background so I'm learning from them," Starman said. "And I'm learning so much about grant writing and foundations."

Starman is serving her second year as executive director. Prior to taking the part-time job, she was an elementary school teacher for 10 years. She and her family moved to Lawrence in 1998.

As executive director, her duties include writing grants, coordinating volunteer efforts and organizing committees, such as those dealing with scholarships, touring, fund-raising, concerts, newsletter and publicity. She has started an alumni database to keep in touch with past choir members.

"She immediately saw the choir as an important part of the Lawrence community," Janeal Krehbiel, musical director of the Lawrence Children's Choir, said in her nomination letter for Starman. "(She) found and implemented ways to reach kids from all over the city of Lawrence. ï¿½ She makes it possible for many children to taste excellence in the arts."

The Lawrence Children's Choir is made up of 74 youngsters in grades 5-9.

Its training choir, called The Choristers, has 55 members in grades 3-6.