What happens when a community braces for a siege and all it gets is a festival?

That was the dilemma Aug. 3-4 in Walworth County, Wis., where the four remaining members of the Grateful Dead hosted a two-day event at Alpine Valley Music Theater in East Troy.

Taking its name from a Grateful Dead standard, "Terrapin Station, the Grateful Dead Family Reunion" was a weekend-long affair featuring 11 hours of music each day on two stages, a spoken-word stage, a vending village and a Grateful Dead touring museum. 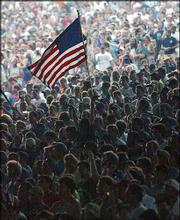 Headlining the shows was The Other Ones, taking its name from a Grateful Dead standard. Band members are bassist Phil Lesh, guitar player Bob Weir and drummers Bill Kreutzmann and Mickey Hart, assisted by guitarist Jimmy Herring and keyboard players Jeff Chimenti and Rob Barraco.

As soon as the concerts were announced, East Troy sought to block the event, claiming fears that 200,000 people would arrive instead of the daily capacity of 35,000. Hearings were held and assurances were made that extreme measures to control access and provide security would be supported by the band and promoters. In the end, the permits were granted. 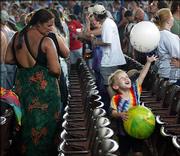 Tie-dyed fans of all ages came out to play last weekend at Alpine Valley in Rast Troy, Wis.

Urgings by the musicians, which implored fans without tickets to stay away, were effective. By midday Aug. 3 it became clear that the massive cordon established around the venue was not overkill, but part of a successful strategy of deterrence that allowed the concerts to come off without a hitch. 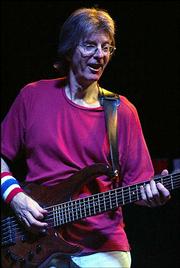 By Aug. 4, much of the army of orange-shirted security that had been protecting a gauntlet of neighboring driveways along the road to Alpine Valley had been sent home.

Other parts of the strategy to keep the ticketless at bay were nightly simulcasts by Chicago radio station WXRT, a nationwide Webcast each day, and the promise of a fall tour by the headliners, with tentative dates already announced, contingent upon the success of the East Troy festival.

By any other name ï¿½ 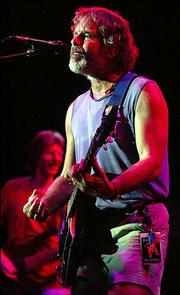 The tentative fall tour schedule further points to how The Other Ones' recipe for success differs from that of the Grateful Dead. Gone are multi-night runs of shows in each city, encouraging the traveling caravan of touring fans to linger for days. The Other Ones are booking only one show in each city they plan to visit.

The experiment seems to have answered the question, "If we rebuild will they come?"

The unanswered question is, "Are The Other Ones the Grateful Dead? Are Pete and Roger The Who? Are Mick, Keith and Charlie The Rolling Stones? Were Gene and Paul Kiss?

The East Troy festival served up four core members of the Grateful Dead, playing Grateful Dead music and doing it better than the Grateful Dead had done for at least the last five years of guitar legend Jerry Garcia's life. They played well enough to more than legitimize reclaiming the name. But deference to the past, to Garcia and discretion being the better part of valor, the musicians who seem determined to pick up and carry on have chosen wisely to drop the baggage the "Grateful Dead" moniker carries. 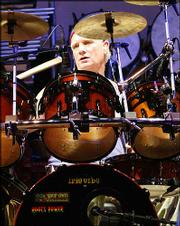 Fittingly, the shows fell during the period that's come to be known by Deadheads as the "Days Between," (taking its name from yet another Grateful Dead song) named for the span between Garcia's Aug. 1 birth date and the Aug. 9 remembrance of his passing in 1995.

From now on when Deadheads tell the uninitiated that they're traveling to see The Other Ones and their friends ask, "Who?" they can whisper under their collective breaths, "The Grateful Dead but, shhhh, don't tell anyone." 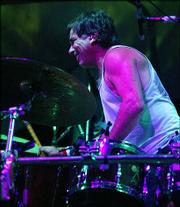 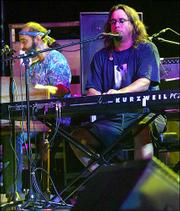 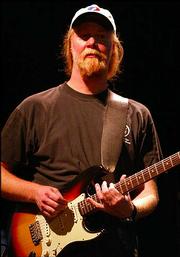