The Kansas University junior knows that's the case. So he's launched a project to help out a different style of music that often has trouble finding a widespread audience in the Midwest: hip-hop. 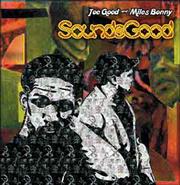 "This is obviously a college-rock town," Bonny said. "Hip-hop has always been on the outskirts. But you can see how much hip-hop is starting to have an impact just by how many bars are having hip-hop or funk DJs these days."

Bonny's response is www.LawrenceHipHop.com, his recently introduced Web site that caters to the burgeoning hop-head community.

"We're an avenue for various people to experience non-commercial hip-hop culture," said Bonny, who is the mastermind of the site along with developers Kevin Greene and Andrew Giessel.

The New Jersey native came up with the idea while interning at Sub Verse Music last summer. The small New York-based label ï¿½ best known for underground artists such as Scienz of Life and Rubberoom ï¿½ provided a perfect opportunity for the former KJHK DJ to study the trade.

"That really exposed me to the music industry in its rawest form," he said. "I saw how much emphasis was placed on its Web site and its message board. In Kansas you don't have the same kind of monuments in terms of hip-hop culture that you have in New York. So the Internet is extra important."

At first Bonny started an MP3 site dedicated to Lawrence acts. But when a friend mistakenly kept referring to its path as LawrenceHipHop.com, the enterprising student decided to jump in headfirst. He snatched up the URL and devised the site.

LawrenceHipHop.com is divided into nine categories: forums, events, press, artists, venues, graffiti, links, you, us. Easy to navigate and self-explanatory, the page's most popular feature is its message board.

"It's free and people can throw their ideas out on any topic," Bonny said.

(The overall posts this week seemed much more concerned with finding out about specific local artists than the usual in-fighting and "this sucks" contributions typical of the area's handful of comparable rock forums.)

The most uncommon aspect of LawrenceHipHop.com is its graffiti section, which displays color photo montages of urban artwork. The introduction explains "Some are ill and legal, some are illegal, and all are dope." Five types of vivid styles are represented ï¿½ bombs, characters, freights, handstyles and walls.

"It's more large murals rather than a 'Let-me-write-my-name-and-mess-up-this-sign' type thing," Bonny said of the graffiti artists he believes to be a vital part of hip-hop culture. "They turn to the Internet to trade pictures and trade stories because of the anonymity of it."

Bonny will take his enterprise beyond the arena of homepages and mouse clicks on Wednesday. LawrenceHipHop.com will present a concert at The Bottleneck with SoundsGood & Friends, featuring appearances by Archetype, Close Encounters, Mac Lethal, The Guild and other regional artists.

Bonny is also one of the forces behind SoundsGood, a duo that includes Kansas City rapper Joe Good. Already the pair has released a 12-song self-titled CD, all of which can be purchased through LawrenceHipHop.com. Nothing wrong with a little self promotion.

"Everybody in this area is in that stage where they're trying to get their first album released and learn what to do with it from then on," Bonny explained. "Like in the next couple months there's going to be 10 pretty decent recordings coming from bands here in Lawrence and Kansas City. There's a growing sense of community, and I think our Web site has a lot to do with it."

Ricky Dean Sinatra and The Mahoots can owe their reunion show at Liberty Hall on Saturday to a preemptive strike against marital discord.

"The awful truth of it is we were scheduled to play a wedding reception that night at Liberty Hall, and the wedding got canceled," said Mark Roseberry, guitarist for Ricky Dean Sinatra. "Fortunately, the bride-to-be decided to make the best of it and throw a party."

The party will involve the two veteran bands in an event dubbed the "Catch 'Em Before They Croak Tour 2002." Music starts at 10 p.m., with tickets $5 in advance and $6 at the door.

"We can actually say we've played the Liberty Hall venue for three decades now," said Roseberry, who formed the throwback act with "the Dean" (Alan Murphy) in 1985. "Our original love is '60s garage music that is influenced by '50s rock and roll. We're pretty much doing everything from originals that sound like 1966 to covers that were written in 1966."

Since reuniting for a couple recent shows after a three-year hiatus, the band has been dealing with proximity issues that threaten to keep the ensemble apart.

"Murphy is living in Cameron, Mo," Roseberry said of the singer. "He makes the three-hour trek back. And if you know him, it's a perfect comedy of errors on his part because he is currently without a car, so he is taking the bus back and forth."

In on the joke

The actual "Before They Croak" title spawned from the mind of Mahoots frontman Steve Wilson.

"There are a number of us (in both groups) who are either 50 or nearing 50," Wilson said. "Although I am anywhere from six to 13 years older than the other members of my band, fortunately they find humor in my joke at my own expense."

Like Ricky Dean Sinatra, the venerable Mahoots have been a fixture of the Lawrence scene since the mid-'80s; their first gig was at The Crossing in 1987. And similarly, the group has experienced as many moments apart during those years as moments together.

"The last time we played live was about two years ago for another private party," recalled Wilson. "But publicly it's been between four and five years."

Throughout that outwardly innocuous stretch, the band has been rather productive, however.

"We've quietly been putting a record together during the last three years," he said. "I don't know what we're going to do with it, but it's done."

"We've actually gone to the trouble of rehearsing," he said. "We'll be playing some newer material from the stuff we've been recording over the last few years. And we may play a cover or two. It's the usual '60s British Invasion meets garage meets New Wave meets skinny tie ï¿½ it's a rock and roll hodgepodge."

As for the upcoming pairing with Ricky Dean Sinatra, Wilson commented, "Basically it's a chance for a couple of bands who enjoy each other's company ï¿½ but are very different ï¿½ to play a show together."