New York — Bill Blass was best known as a creator of women's fashion ï¿½ not to mention the favorite escort of New York's socialites for almost 40 years. But it turns out Blass was more of a man's man than anyone thought.

In his memoir "Bare Blass" (HarperCollins), it becomes clear that Blass' time in the army during World War II was the defining moment of his life. 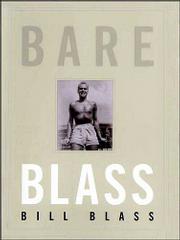 "... In those intervening years, between leaving Indiana and establishing my name in New York, it is really a man's story. Of a boy coming of age, yes; but also, in my case, of recognizing that the qualities I admired most in men ï¿½ among them, loyalty, responsibility, a love of order, and certainly courage under fire ï¿½ were not ones I associated with the shrill and effeminate world of fashion," he writes.

Blass died June 12 of throat cancer. His work on the book was finished by then and galleys had already been printed.

His father's suicide, his big city dreams while growing up in Fort Wayne, Ind., and his success in the fickle fashion industry also influenced the man Blass eventually became, but it was his experiences in the military and his time with male friends in New York just before and just after the war that truly shaped his character, says Cathy Horyn, who edited "Bare Blass."

"The book is much more about men than women. I think most people think about Bill and his gals ... but Bill talks so much about masculinity and what it means in his life," says Horyn.

Of course he'd go on to count Nancy Reagan, Nancy Kissinger and Brooke Astor as friends.

Horyn took time off from her job as fashion critic at The New York Times to work on the book with Blass. Most of their sessions happened at Blass' home in Washington, Conn., with the designer sitting in a chair, his beloved dog Barnaby on the bed, Horyn at a small table, and Blass' butler serving them unbelievably good lunches that often ended with lemon meringue pie.

The book ends with Blass' own recipe for meatloaf.

The driving idea behind "Bare Blass" was to share Blass' tale of the American dream. Even though Blass lived in the public eye and even sought out attention, very few people knew the man behind the life, Horyn says.

The world of women's fashion was too small for Blass so he branched out into menswear and licensed products long before it was the norm for a designer to do so. He also went on the road, visiting with and, more importantly, listening to his customers at trunk shows.

"Bill's legacy in fashion," according to Horyn, "is that he saw the big picture."

Blass relied on his good taste, his good looks and his sense of "jazz and "pizazz" that went far enough to keep customers interested but was not so overwhelming to make his clothes costumes, Horyn says.

"I don't think Bill had a calculated plan, and I know that because he didn't become Ralph Lauren. ... I think Bill sort of paved the way for Perry Ellis as well as Ralph Lauren," she says.

(When Blass died, Lauren said, "One of the things that made Bill so unique was that he never played to the trends. He had a singular vision of what his customers wanted to wear ï¿½ he always knew what would make them look and feel great.")

Horyn and Blass had talked about collaborating on a memoir as early as 1993. They both also knew the dangers of fashion books, which Horyn says are "notoriously deadly because they're not enough about the life of the designer and the life of the city surrounding him."

That's not true of "Bare Blass."

Instead of focusing on this or that collection, Blass talks mostly about the fun he had and the people who were important to him. He touches on sadness but doesn't dwell on it, which is how he was in person, according to Horyn.

"The book should read like an evening with Bill Blass," she says.