"It's inevitable that the lead singer and songwriter of the band is gonna get a lot of focus," says 30 Seconds to Mars frontman Jared Leto. "On top of that, my situation is definitely unique. But to tell you the truth, out here on the road it's not really a big deal. The only people who seem really curious about it are you guys."

The "you guys" Leto refers to are members of the press, and the "it" he mentions is the fact that the talented 30-year-old already has established himself as a movie star ("Panic Room," "Requiem for a Dream") long before the public knew he could effectively wield a guitar.

"I'll give you an example of the level of interest on the road," says Leto, while in northern Florida en route to a performance in Fort Lauderdale. "It's like, 'Your show was awesome. Man, you were great in "Fight Club." Can you sign my 30 Seconds to Mars CD?' It's a footnote."

Leto is clearly loath to talk about his status as a prominent face in films. That's hardly surprising, given the recent track record of most actors-turned-rocker wannabes.

"There have been (actors) that have made some horrendous music and have done an embarrassingly bad job at attempting to be a musician," he writhes. "What 30 Seconds to Mars has had to do is clean up that mess.

"I know my intentions, so I don't have to question myself. And I believe that people can ultimately tell a pile of (crap) from a mountain of gold. I think 30 Seconds to Mars is somewhere in between: not the worst, not the best. But I think people can tell where we're coming from and can tell the truth from a lie."

Leto and his brother, Mars drummer Shannon Leto, developed a passion for music while growing up in a household that encouraged exploration of their artistic side. 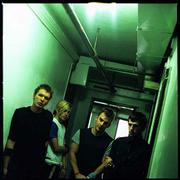 "I was raised around a lot of artists, musicians, photographers, painters and people that were in theatre," he recalls. "Just having the art-communal hippie experience as a child, there wasn't a clear line that was drawn. We celebrated creative experience and creative expression. We didn't try and curtail it and stunt any of that kind of growth."

The Letos were nurtured on classic "stoner rock" such as Pink Floyd, Led Zeppelin and The Who. Eventually, the boys gravitated toward more conceptual work like Tangerine Dream, David Bowie and The Cure.

"We always responded to groups that had a sense of identity and atmosphere," he remembers.

On 30 Seconds to Mars' self-titled debut, the band comes across like an amalgamation of those acts, writing songs that rock but also include a good dose of stratospheric pretense. Throw in the contemporary essentials like ultra-heavy guitars and techno-ripe production, and Mars makes for a very listenable, convincing project.

They're not reinventing the wheel, but they definitely know how to roll it.

Case in point: a September gig at Verizon Wireless Amphitheater opening for Incubus. At the outdoor concert, Mars had the unenviable task of warming up for a band whose predominantly young female crowd was there to ONLY see the headliner.

The singer and his squad put out twice the amount of stage energy in half the amount of time/space as Incubus. At one point, Leto jumped into the audience and darted up and down the aisles ?" something artists rarely do at the venue formerly known as Sandstone.

That won't be much of a chore when the ensemble makes its first appearance in Lawrence on Monday at The Bottleneck.

After supporting tours with Incubus, Puddle of Mudd and Sevendust, the members of 30 Seconds to Mars are now watching other bands open for them. However, the shows are in significantly cozier confines.

"As far as playing in an amphitheater or arena, it can definitely bring out a different energy than playing in a more intimate situation," Leto explains. "But I really enjoy the clubs. The past two shows have been some of the best we've played all year long. It's just an incredible intensity with that size of a place."

The one drawback seems to be the physical injury factor that the quartet is experiencing right now. Presently, brother Shannon has a pinched nerve in his neck, and guitarist Solon Bixler has a black eye from smashing into his instrument during the heat of onstage battle.

"We've all beaten ourselves up in one way or another this year," says Leto. "I cut my chin open and had to have about seven stitches (after) running into the bass. And when we were shooting a video, I knocked myself in the head with my own guitar. I had a huge lump on my head for the whole video."

You'd think he would've gotten enough of that when filming "Fight Club."

Leto won't say whether he plans on returning to Hollywood, but he does confirm that he hasn't looked at a script in over a year.