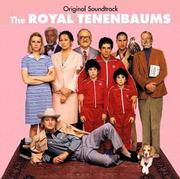 Soundtracks are usually the mutt of the musical family, a clearinghouse for bands and record labels looking to line their pockets with a few more twinkly trinkets. The requisite CD counterpart to most modern movies is generally a mix of forgettable songs by bands you've heard of and even worse fare from up-and-comers being thrown a bone by the media conglomerates to whom they owe their souls. (And, of course, there always seems to be at least one Smash Mouth tune in there somewhere.) On the flipside, you have stomach-churning "original" scores by artists who seem to have exhausted all other forms of steady employment. By walking this path, musicians like Danny Elfman have gone from marginally successful careers in semi-obscure bands to the top of the cinematic dung heap. Following Elfman's example is former Devo frontman Mark Mothersbaugh, who's taken his slightly skewed worldview into new mediums by contributing to more than 60 TV shows and movies. Beginning with the theme to Pee Wee Herman's 1986 kiddie show, and moving on to such notable works as "Revenge of the Nerds II: Nerds in Paradise" and nearly every "Rugrats" vehicle in known existence, Mothersbaugh has either the best job in the world or the worst. But a paycheck's a paycheck, whether you earn it by wearing a flower pot on your head or composing music for "Wacky Adventures of Ronald McDonald: The Visitors From Outer Space." Mothersbaugh's done both. Still, even a dyed-in-the-wool oddball of his caliber must've gotten all Pavlovian at the prospect of scoring "The Royal Tenenbaums," 2002's out-of-gate contender for the quirk crown. Having contributed to director Wes Anderson's two previous efforts, "Bottle Rocket" and "Rushmore," the former "Whip It" king is an obvious and appropriate choice for the project. And if you like cartoonish little nuggets of sonic nonsense, then he's definitely got you covered. As with his former band, Mothersbaugh's music is playful, angular and obtuse. This might not be such a bad thing had his nine bite-sized bits of whimsical filler not been placed alongside uninspired selections from Nico, The Clash and Bob Dylan. You'll never hear me argue that Joe Strummer and company's take on "Police and Thieves" isn't worthwhile, but perhaps only "Rock the Casbah" would've been a more obvious pick. Since Anderson and Mothersbaugh are clearly straining their Palm-Piloted brains to create a compilation that no one could possibly enjoy, you'd think they could come up with choices that were a little more left-of-center. The pair certainly give it a go with Dylan's "Wigwam," perhaps the singer-songwriter's most critically reviled moment in a career that doesn't have any shortage of them. "Wigwam" is the lone Dylan number that is beyond debate -- it completely sucks, and there's just no getting around it. Of course, giving props to a lame song is one of the oldest tricks in the hipster handbook -- nose-thumbing means of saying, "Hey, WE get it, even though no one else does." I know I don't. But at least Mothersbaugh's long-lost efforts, including the scores to Oscar contenders like "Happy Gilmore" and "Mystery Men," won't get lonely in the 99 cent bin. 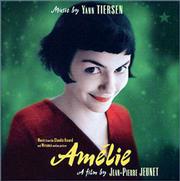 One of the problems with instrumental soundtracks is that to hear one is to experience music that wasn't necessarily designed for close scrutiny. Rather, listeners are earing-in on works that were intentionally created to sit unnoticed in the background. French musician/composer Yann Tiersen is doing his best to change that notion, most recently with the soundtrack to "Amelie," the feel-good foreign sleeper of the season. Much of "Amelie" is not new: Director Jean-Pierre Jeunet is said to have been so taken with Tiersen's efforts that he bought the rights to the musician's entire body of work. Several pieces from the composer's past are included here, as well as eight newly minted numbers and a pair of vintage, 1930s jazz ditties that wouldn't sound out of place in a Woody Allen flick. Tiersen's music is very ... well ... French: equally dazzling in its creativity and tedious in its pretension. A prodigious, Princely talent who's equally adept at instruments ranging from bass to harpsichord to vibraphone, Tiersen layers his music with enough brass, wood and strings to arm a couple of junior high marching bands. In most instances, he also brings in a full orchestra to flesh things out, resulting in a wall-of-sound that manages to be dizzying and sweet. Thankfully, Tiersen tempers any urge for overkill by keeping his melodies simple, holding back and reigning things in, rather than going for the jugular the way theater hacks like Andrew Lloyd Weber do with such heavy hands. Rather, harmonica, accordion and acoustic guitar take center stage at Tiersen's swirling art house, as if to depict the childish spirit of the movie's heroine -- and the soundtrack's composer.