Postcards over the edge

Ottawa — Images of farmers pushing gigantic tomatoes in a wheelbarrow, fishermen scrambling to avoid monstrous pike and President Taft surrounded by corn and potatoes as large as railway cars were created here.

In the early 1900s, William Harrison "Dad" Martin transformed photographs, taken mainly in Ottawa, into postcards featuring these and other exaggerated images. He created about 65 so-called "exaggerated" postcards as well as postcards depicting rural scenery and people.

A collection of original and reproductions of exaggerated postcards created by William Harrison "Dad" Martin has been donated to the Franklin County Historical Society. An exhibit of the collection will be included in a display at the Old Depot Museum. "It's real exciting that this going to be a collection in our archives," said Deborah Barker, above, director of the historical society.

Now, a collection of Martin's originals and a few reproductions of his exaggerated postcards are returning to Ottawa.

E. Morgan Williams, a former Ottawan who lives in Washington, D.C., is donating the postcards to the Franklin County Historical Society. He has collected exaggerated and interesting postcards for 25 years.

Deborah Barker, director of the historical society, said the collection will be included in a display at the Old Depot Museum, but most of the postcards will be placed in the museum's archives at the Franklin County Courthouse. Several postcards also will be featured in the new Visitor's Center being built on Kansas Highway 68.

"It's real exciting that this is going to be a collection in our archives," she said.

A few years ago, Barker started collecting her own Martin postcards through Internet auctions such as eBay. She said she was worried when the postcards were being sold for $35 to $40 apiece.

"I just started buying ones we didn't have," she said.

Through the Internet, Barker got in touch with Williams, whom she met about 10 years ago. Williams said he planned to donate part of his collection someday, but now seemed like the perfect opportunity.

"When I got in touch with Deborah, I realized all the outstanding work they've done the last 10 years with remodeling the building," he said. "It was the right time and the right place with her fine work, and I have a little extra time right now." 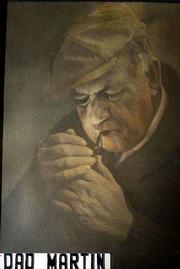 Martin started as a professional photographer before he got into the postcard business.

In 1886, at age 21, he came to Ottawa from Maple City and worked under photographer E.H. Corwin. In 1895, he purchased Corwin's business and took photographs for Ottawa University and of local events such as floods.

In 1898, American publishers were allowed to print and sell postcards for mailing purposes, but people could write only on the front of the card. However, Barker said it wasn't until 1907, when the government divided the back of the postcard and gave people more room to write, that the popularity of postcards grew. The popularity of exaggerations also bloomed between about 1907 and 1915.

"Kansas had the image of being bare and bad-ridden," she said. "It was not bare, but it was a wonderland so pictures started having images of overabundance."

In September 1908, Martin produced his first exaggerated image on a postcard. The postcards were successful, so Martin sold his photography business and created the Martin Post Card Co.

"He became very skilled at creating these new images, which are part reality and part fantasy," she said. "The art form is very unique to the Midwest. This art form where you combine fantasy and reality of rural American images is not found anywhere else in the world."

According to newspaper articles of the time, Williams said, Martin's company manufactured up to 20,000 postcards a day and produced 7 million during 1909. He said about 35 of the images also were published under a Canadian company. Martin partnered with Underwood & Underwood, an Ottawa photography company, to market the postcards nationwide.

Williams has completed extensive research on Martin and co-authored a book, "Larger than Life: The American Tall-Tale Postcard 1905-1915," about 12 years ago.

"What distinguished Martin from other exaggerated photographers was that he got all kinds of good movement into his images, and they all appeared to be momentarily real," she said. "Often his work was very elaborate."

"Peach canning time on the farm" is one of Barker's favorite postcards designed by Martin. The image depicts farmers using large machinery to put gigantic peaches into a canning jar.

"It took a lot of work to do something like this," Barker said. "All the people are active."

In all, Martin created 13 fishing scenes and 30 images of farming; the rest are of outdoor activities.

End of an era

Between 1911 and 1912, Williams said Martin sold his postcard company to one of his employees. In 1913, he started the Martin Sign Co., later known as the National Sign Co., which still exists in Ottawa. Williams said the company made signs for farmers to advertise their products and highway signs that were sold throughout the country.

"No one really knows why he quit producing postcards," he said.

Now, the postcards will be preserved in Ottawa where Martin's story began.

Barker hopes to work with Williams to collect exaggerated postcards from other photographers for the museum.

"Morgan's view is to create a center for rural folk art photography," she said. "Since it's a rural phenomenon, we'll try to collect from rural America."