'Incident' under the stars

With the growing list of post-Grateful Dead jam bands out on the road these days, Colorado's The String Cheese Incident has its work cut out for it, distinguishing itself from among its peers. Saturday night at Starlight Theatre in Kansas City, Mo., SCI threw down its eclectic gauntlet before a less than half-full house, though it was still its largest KC audience to date.

Of course, how much of that audience was local is uncertain. Like those of their contemporaries on the hippie trail, SCI's audience is in large part a mobile coterie of young fans who pull up stakes when the band hits the road to follow the musicians from town to town. 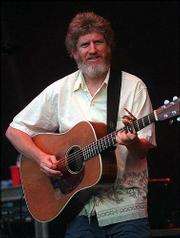 If this perplexes fans of less adventurous pop acts that rehearse a show and then perform it night after night, SCI and its kind serendipitously pull their set lists from the ether, drawing from a repertoire of hundreds of original songs and covers, often linking them together with lengthy, nameless jams.

It's futile to attempt describing this kind of music without invoking the Dead. They drew up the blueprint for the kind of concert experience SCI and others provide. 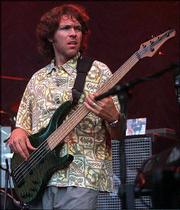 Invariably there are two sets: the first, shorter and featuring more structured songs; the second, after the sun sets, features more extended jamming. Fans not only follow the band on tour, they also are allowed to record the bands, usually from a designated "tapers" section. Set lists are meticulously recorded and analyzed, set list predictions are a favorite amusement, and nothing at all gets in the way of the dancing.

SCI is musically greater than the sum if its parts. Taking the stage as the only completely barefoot quintet in memory, the group consists of Michael Kang on acoustic and electric mandolins and violin, Bill Nershi on acoustic guitar, Michael Travis on drums and percussion, Keith Moseley on bass and Kyle Hollingsworth on keyboards. 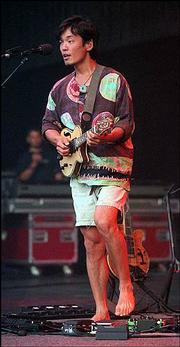 While you'd expect the guitars to be the musical centerpiece of a rock band (and don't let the short neck fool you, Kang's playing guitar on that thing), the guitar playing is the least remarkable thing going on musically. While Nershi is an able picker and Kang does the usual channeling of Jerry Garcia well enough, they don't drive the music, they ride.

Taking turns behind the wheel, Travis and Moseley know where the funk is found and the energetic playing of Hollingsworth was welcome every time he stepped to the fore.

During the first set, the band moved from acoustic ballad to new-grass-style rave up to heavy funk in the space of the first few numbers. Nershi debuted his dobro guitar playing in Kansas City, leading the band through the old-timey "Love, Please Come Back." Kang then paced the band through Stevie Wonder's "Signed, Sealed, Delivered." Kang, Nershi and Hollingsworth are nondescript singers lending little personality to their vocal work. This isn't much of a problem in what's clearly a players' band. 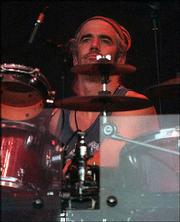 The set ended with a very lengthy performance of "Miss Brown's Teahouse," which traversed psychedelic exploration and quick-paced, bass-driven funk. 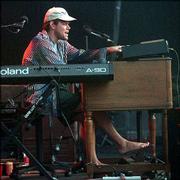 The highlight of the second set was the crowd-pleasing "Rollover," which included a reggae-influenced instrumental jam that was later echoed during the reggae treatment Johnny Cash's "Ring of Fire" received as an encore.

While SCI isn't breaking any new ground musically, they do what they do well. Not prone to the grand musical gesture, they tend to stick to good-time grooves and a few "Ooh, wasn't that cool?" trippy jams.