New York — In 1960, Zora Neale Hurston died a pauper and was buried in an unmarked grave. She had imagined a better way to go.

"Why do you not propose a cemetery for the illustrious Negro dead?" she wrote to author and activist W.E.B Du Bois in 1945. "Let no Negro celebrity, no matter what financial condition they might be in death, lie in inconspicuous forgetfulness." 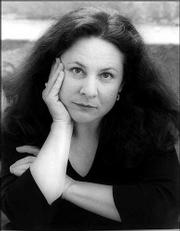 But thanks to Pulitzer Prize-winning novelist Alice Walker and others, Hurston has re-emerged in the past 30 years as a canonical writer and anthropologist who is read, taught and analyzed throughout the world. Kansas University Chancellor Robert Hemenway wrote a biography on Hurston, a "Best Books" pick by the New York Times in 1978 and a Quality Paperback Book Club selection in 1991. Hurston's burial site, in Fort Pierce, Fla., now bears a dedication Walker placed in 1973: "Zora Neale Hurston: A Genius of the South."

Along with Ernest Hemingway, Hurston also stands out as a prime source for posthumous literature. She wrote far more than she published and her estate is still sorting through plays, stories and articles.

"Every Tongue Got to Confess," folk-tales she had compiled, came out last year. An unpublished play, "Polk County," was performed this spring in Washington, D.C. In the fall, her collected letters are being released, providing the most personal insights yet into an artist both scorned and adored for doing as she pleased.

"Zora Neale Hurston: A Life in Letters" includes about 600 letters from Hurston, many of them unseen even by scholars, with Hurston's correspondents including Du Bois, and fellow writers Langston Hughes and James Weldon Johnson. Hughes grew up in Lawrence, and an elementary school in Lawrence is named after him.

"A character does not have to be lovable to make good reading," she once observed. In language salty and sweet, Hurston commented on love, art, politics and the general state of the world, revealing herself as both blunt and deceptive, quarrelsome and sensitive, boastful and despairing.

"Her whole life seemed a way of saying, 'This is who I am and you're going to have to deal with it,"' says the book's editor, Carla Kaplan, a professor of English and gender studies at the University of Southern California.

Fans of Hurston's autobiography, "Dust Tracks on the Road," knew she had a passion for invention, especially about her past. Kaplan and other scholars believe she was born in 1891, in Notasulga, Ala., years sooner than the author would claim. Not only did she pass as much younger in person, but even on paper Hurston could play tricks with time.

She arrived in Harlem in 1925 with $1.50 to her name. She was in her mid-30s, with much experience behind her, but she seemed as besotted with life as a character from an F. Scott Fitzgerald novel.

"I shall try to lay my dreaming aside. Try hard. But, Oh, if you knew my dreams! My vaulting ambition! How I constantly live in fancy in seven league boots, taking mighty strides across the world, but conscious all the time of being a mouse on a treadmill," she wrote in 1926 to Annie Nathan Meyer, a founder of Barnard College.

"I wonder the actual sparks do not fly so that they be seen by all men. Prometheus on his rock with his liver being continually consumed as fast as he grows another, is nothing to my dreams."

Hurston's friendship with Meyer led to a scholarship at Barnard, where she studied under the great anthropologist Franz Boas and mastered the social arts as practiced during the Harlem Renaissance. "She seemed to know almost everybody in New York," observed Langston Hughes, whom she met at an awards dinner given by the literary journal Opportunity (Hughes won first prize for a short story contest, Hurston was runner-up).

She and Hughes soon became the closest of friends. They were confidants, traveling companions and fellow financial dependents of Park Avenue patron Charlotte Osgood Mason.

"You are my mainstay in all crises. No matter what may happen, I feel you can fix it," Hurston wrote Hughes in 1929.

The letters offer new insight into one of the saddest falling-outs in literary history. Hurston and Hughes had tried co-writing a play, "Mule Bone," only to have the project fall apart in 1931 amid accusations by Hurston (likely untrue, according to scholars) that Hughes was claiming too much credit. ("Mule Bone" was eventually produced on Broadway, in 1991, and received mixed reviews.)

"Langston, with God as my judge, I don't care anything about the money it might make nor the glory. I'd be willing to give it all to you off-hand. But the idea of you, LANGSTON HUGHES, trying to use the influence you had with me that someone else might exploit cut me to the quick," she wrote him.

They corresponded a few more times, but the two never were close again. Hurston would ridicule him as an "old gin-hound" and years later recalled that she "thought him very innocentlike and full of simplicity and virtues. I was to discover later that his shy-looking mien covered a sly opportunism that was utterly revolting."

Hurston herself was honest at her own convenience. Writing to editor and educator Alain Locke, she praised him as "very dignified and impressive." Behind his back she labeled him "a malicious spiteful little snot." She begins her letter to Du Bois by addressing him as "Dean of American Negro Artists." To another friend she described him as "that goateed, egotistic, wishy-washy W.E.B. Du Bois."

Her letters to Mason have the deferential, but cagey tone of a child beholden to an imperious parent. Hurston would address her benefactor as "mother of the primitives" and refer to herself as "your black gal" or "your black spasm."