Moscow — The world's next would-be space tourist, Lance Bass of boy band 'N Sync, said Friday that Russian space doctors have cleared him for a flight to the International Space Station aboard a Russian rocket, a journey he hopes to make this fall.

Bass, 23, shrugged off questions about the dangers of space flight. "I like to be positive, I'm an optimist," he told reporters in Moscow. "I know physically I can do it, I know mentally I can do it." 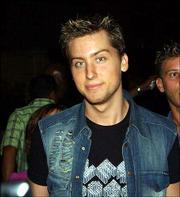 Lance Bass of 'N Sync says Russian space doctors have approved him for a journey to the International Space Station.

The Russian Aerospace Agency said earlier this week that it hadn't yet received commercial proposals from Bass or his representatives and warned that there is little chance he can complete training in time for the next Soyuz rocket launch in October.

Bass did not comment on financial details of his bid.

Bass said Friday he still hopes to go to space in the fall. He said the October flight would ideally suit his band's busy schedule, and added that other band members were "very supportive" of his adventure.

Bass was found to have an irregular heartbeat, and although it was not necessarily a hindrance to a space mission, he had it corrected by a medical procedure back in the United States.

Bass said he had long dreamed of going to space and hoped his mission would serve educational purposes through a documentary he would make in space.

"I'm more patient," Garver joked, saying she would be training alongside Bass as his backup at the Russian Star City cosmonaut training center outside Moscow while working to gather financial support for her own mission.

Bass hailed Garver as a great expert and excellent companion. "She's so brilliant and so dedicated to this project ... She is like a human encyclopedia when it comes to space," he said.

Both Bass and Garver are in discussions with additional sponsors and television networks to expand their financial support beyond RadioShack.

Jeffrey Manber, president of the Amsterdam-based MirCorp company that is helping Bass and Garver, said he was talking with Russian space officials.