By By Melissa Rayworth - For The Associated Press

I got a note from Rhoda the other day, and let me tell you ï¿½ she wasn't happy. Lately, Laura Ingalls from "Little House" has been annoying her to no end. Officer Reed from "Adam 12" has chimed in ï¿½ he popped up between my sister and my mother in my incoming e-mail. And even B.J. Hunnicut, Hawkeye Pierce's soft-spoken roommate, is up in arms: "Vote against this chicanery," he snaps.

These days, this is the life ï¿½ and inbox ï¿½ of a member of the Screen Actors Guild. 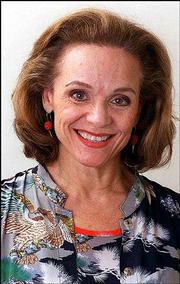 Valerie Harper is a candidate for president of the Screen Actors Guild. After Melissa Gilbert was declared president last year, a new election was ordered when some ballot irregularities surfaced. The new vote will be taken Friday.

Growing up in the '70s, I understood certain undeniable TV truths: Honesty and kindness won out on "Little House on the Prairie." The doctors of the 4077th could be relied upon to take care of us. Rhoda could broker peace between her gravel-voiced mom and her beleaguered husband. And when in doubt, call one-Adam 12; within minutes, you'd be safe.

Now I'm not sure whom to trust. Judging by the flurry of angry, impassioned e-mails streaming in lately from folks who have come to call "Nick at Nite" home, it seems something's gone terribly wrong in TV Land. My incoming mail reads like the script of a Fox show titled "When '70s TV Stars Attack."

For those of you not following the Screen Actors Guild's latest brawl of an election ï¿½ which concludes with a vote count Friday ï¿½ let me catch you up:

Shortly after last fall's election for SAG officers, some ballot irregularities surfaced. The union's Election Committee called for a revote. (Are you having jarring flashbacks to the 2000 presidential election? This time there were no dimpled Chads, unless you count Everett and Lowe.) 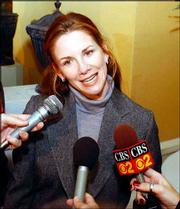 Melissa Gilbert is a candidate for president of the Screen Actors Guild. After Gilbert was declared president last year, a new election was ordered when some ballot irregularities surfaced. The new vote will be taken Friday.

Harper and her supporters ï¿½ led by Elliott Gould and Kent ("Adam-12") McCord, both of whom had won offices in the initial election ï¿½ considered the re-vote necessary and appropriate. Thus began the war of words.

SAG members like me began to get inundated with e-rhetoric from those directly involved, those tangentially involved, and those who maybe wanted to get some publicity because they're not on television anymore.

Needless to say, if someone had told me when I was 13 that both Father Mulcahy and The White Shadow would be writing me on the very same day, I wouldn't have believed it.

I'm getting dizzy from the nostalgia.

I'm convinced that before this imbroglio is over, I'll hear from Kaye Ballard and at least one Van Patten. I open my mail wondering, "Who will it be today? George Jefferson's neighbor Bentley? Maxwell Smart? Isaac from the Love Boat?"

(Frankly, I wouldn't mind the wise counsel of Capt. Merrill Stubing at a time like this. He always knew just what to say when Vicki faced a dilemma.)

And why have I heard from the entire "MASH" cast except Radar? What are his thoughts on all of this?

Despite the nasty accusations, despite my surreal inbox, I take this seriously. I'm being asked to vote again for the leadership of a union I'm proud to be a member of. I want to know my dues are spent carefully and my working conditions will remain protected.

Here I am, a dutiful union member, being told by both sides that the other can't be trusted. So I read every lengthy, angry missive that my childhood heroes send. And I'm left wondering whether the in-your-face immediacy of e-mail has done every candidate a disservice.

You know how when your husband or co-worker or friend infuriates you and you dash off a diatribe about how incredibly WRONG they are and what an idiot they can be, and then three hours later you sort of wish you hadn't hit "Send"?

While I can't say for sure whether the e-mails from "Mike Farrell" or "Kent McCord" were written by them alone or at all, the notes seem to be written without the measured restraint that usually keeps political candidates from looking histrionic.

I think it's time I answer all that mail I've been getting. So here's my reply-to-all, not nearly as long or vitriolic as theirs but just as heartfelt:

I'm betting that none of you are quite as horrible as you've been depicted by the other side. I wish you well and hope this rerun election satisfies you all, though I know that's a lot to ask. And I hope whichever of you ends up in charge, you'll keep the struggling, as-yet-agentless actors in mind as you make decisions that affect us.