West Hollywood, Calif. — When singer Rufus Wainwright saw where he was sitting for dinner at the Elton John AIDS Foundation Oscar party, he thought he'd been banished to a bad table.

"We sat down and nobody was there," he said. "Then Bob Dylan sat down."

The two, both smokers, quickly drew the attention of security in the trendy but smoke-free Moomba's restaurant.

"We made a pact to light up and then we were whisked away," Wainwright said.

The pair ended up in an enclosed private smoking area.

The highlight of the party for John was watching Ryan Adams talk with Dylan, who won an Oscar last year for best song.

"It was sweet seeing the old and the new together," he told The Associated Press.

Halle Berry wasn't the only one to break down in tears during her Oscar acceptance speech.

Oprah Winfrey, who was watching the Academy Awards ceremony from the Vanity Fair party at Morton's restaurant, stood and placed her hand over her heart when Berry's name was announced for best actress.

When the winner cited Winfrey as a role model, the talk-show host broke down and cried. She also received hugs of support from Diane Sawyer and Diana Ross. 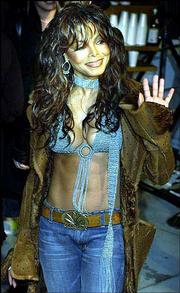 Two others cited by Berry, actress Angela Bassett and actor Warren Beatty were watching the speech from the Vanity Fair party.

Bassett received hugs all around while people came up to slap Beatty on the back.

For retired supermodel Beverly Johnson, it was just as much work keeping up with this week's whirlwind of Oscar parties as it used to be getting ready for the runway.

"All week I've been going to parties. ... This is just the first stop tonight," she said Sunday at Elton John's soiree.

"I've been waxed, flaxed and pulled," Johnson said. "I forgot how difficult it is."

Nolan lost out to Julian Fellowes, who won for "Gosford Park."

"I think they thought the American public just wouldn't get it," Pantoliano said. "A hundred and fifty-million dollars later, here we are."

Pantoliano, who will be starring in the upcoming Marvel Comics movie "Daredevil," joked that he was taking lessons Sunday night by talking with reporters at Elton John's Oscar party. He'll play a journalist in the movie, and already he's developed his professional quirks.

"I'm a pad and paper kind of guy," he said. "I don't like those little recorders."

The Backstreet Boys' Kevin Richardson reached out and touched someone.

One of them, Ruba Afifi, said afterward she couldn't recall what she said to him.

"I think I told him I loved him, like five times," the 16-year-old said by phone.

Richardson told the girls he and the band will be going into the studio soon to work on a new album. He also told her he appreciated her comments.