Violence, car chases, cursing and explosions don't do much for his moviemaking muse. 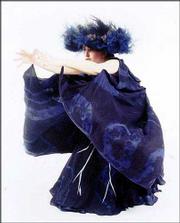 A member of the Prairie Wind Dancers portrays a storm cloud in "Prairie," a work that combines the poetry of Carl Sandburg and the costume designs of John Steuart Curry.

Instead, Hall wants to make educational films that have a shelf-life.

"I want to make films that have historical significance and can last a long period of time," he said. "Films that can go to PBS or to libraries and can be used as educational tools."

Hall believes he is finishing such a film. "Prairie" is a documentary based on the 2001 Prairie Fest pageant near Winfield, during which the poetry of Carl Sandburg and the costume designs of John Steuart Curry united with the music of Eugene Friesen and the Paul Winter Consort to tell the story of the formation and settling of the prairie.

The film is dedicated to Hall's children, Alex and Julia, who attend Deerfield School.

From conception to final editing, the film will have taken Hall more than 21 months to complete. All of the money for the project, except for about $500, came out of his pockets.

"Ollie proved to everyone that you could do it on a shoestring budget if you have enough will power," Herd said. "Ollie has a work ethic that is as important as his talent."

The movie was shot by three cameramen and shows the musicians, singers, Prairie Wind Dancers, narrator Clayton Crawford, American Indian dancers and the crowd. A few segments are enhanced: A portion about the railroad uses animation techniques and photographs of the train in Buford M. Watson Jr. Park; a segment on the blues is in black and white.

"It gives (the film) an experimental feel," Hall said.

"Prairie" will be shown in January at the Salina Art Center, and the president of KTTW, a public television station in Chicago, has expressed interest in broadcasting the documentary. Don Lambert, an arts advocate who oversees the estate of Curry, has told Hall he wants to show the film to the artist's family.

In time, Hall also hopes to screen the film at the KAN Film Festival and a film festival in France; the Helen Foresman Spencer Museum of Art at KU, which houses Steuart's original costume drawings; Oldfather Studio at KU; and the small theater at Liberty Hall.

"The film is not for mass consumption but it (could be) an indie film with a small and loyal audience," he said.

Herd believes that films like "Prairie" are "the new relevant art form of our times."

"Film has the power to change people," he said.

Although "Prairie" is not quite finished, Hall is already looking toward his next projects: a documentary on the Underground Railroad and a film that retraces the Lewis and Clark trail.