Approach's show tonight should be anything but just another CD release party.

Not only is "UltraProteus" one of precious few hip-hop albums coming out of Lawrence, Approach will be one of even fewer emcees to take out a full band for his release performance.

"This a town where people come out to see shows, so I wanted to give them a CD that felt like a show and a show that's more than a CD running and a guy rapping over it," said Approach, aka Sean Hunt.

Joining the artist on stage at The Pool Room, 925 Iowa, will be the bulk of the many collaborators on his funk-informed sophomore album. (Absent will be Ben Tuttle and Ehren Starks, who is on tour with The Gadjits.) The show also will feature SoundsGood and Ces Cru opening, several DJs and as Approach explained the Lawrence crowd itself, which he hopes will come out decked straight '70s style.

"I feel like people are really waiting for Friday and they know I'm playing with a band, so they're like, 'What are they gonna to do?'" Approach said. "Well, this is one to see, because you may not see it like this again." 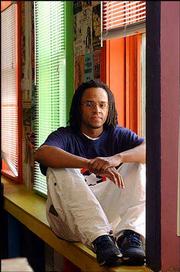 Soon after, he started recording the tracks on "UltraProteus," which was slated for release on Artists' Workshop last year. That is, until the label's founders moved to New York.

Many months later, anticipation for the album started building in earnest when word got out that Approach was re-recording the tracks with Lawrence's cornerstone of hip-hop engineers, Jonny Quest.

In the meantime, something of a hip-hop revolution had been building in town, with several local artists attracting consistently larger crowds to more and more shows.

"We are a year and eight months behind in schedule, but in that time we re-recorded it, I got better artwork, better design, and, at about the two-year mark, it's ready to go. It was like divine intervention that all the little intangibles came together so that I can have something that a lot of people could truly appreciate," Approach said.

"Brock (Batten) made it visually appealing, Quest made it a pleasure to your ears, and Brent (Lipincott) and Datura Records made it come out. And, of course, the Scratch Rat (Ben Wilkins) brought the heaters to the record and helped me up my production."

Approach also is quick to give props to his peers who aren't on the album per se.

"I look at SoundsGood and Mac Lethal, Archetype I look at all these groups and I'm inspired by them," he said. "Not only because they're my friends but because they go and do something musically that inspires me. Same with Bro Mo, and Negro Sco, Ras Reb, The Guild and Ces Cru. They're doing great stuff!

"I'm not competitive with them in the sense that I need to be better than them. But you take what people give you, apply it to yourself and give back. That's the way to build."

Approach's cooperative attitude, along with his irresistible grooves, has won him support deep and wide in town. 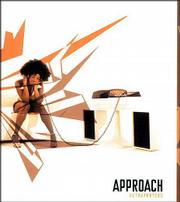 Edwin Morales whose crew Downplay started Project Groove, a showcase of local hip-hop every Friday at The Pool Room confirmed Approach is extremely important for the development of Lawrence's young hip-hop scene.

"He's been developing his talent and working on promoting himself for years now," Morales said. "But that's not and never has been his entire focus. He wants EVERYONE to succeed, not just him. I think that's what separates him from others. That's why he's so important to this scene."

Likewise Approach seems to be trying to support listeners in general with his music.

His rhymes have a thoroughly uplifting, almost spiritual edge that are much more thoughtful than his party hooks otherwise betray. As radio personality C.J. Wilford said, the music is a reflection of Approach's character.

"If you have any idea what type of individual Approach is, you already know what this (album) sounds like even though you haven't heard it yet," said Wilford, who will preview "UltraProteus" on his show "Hip Hop Hyp," at 9 p.m. Saturday on KJHK 90.7 FM.

As on "Funk Reaction," the meat of his lyrics are "a Scooby snack to power them that crack/Like concrete on city streets under intense heat/My elite fleet is rooted deep/Like beets in the soil."

"It's energizing my fellow man against the weight of the world that'll crack you," Approach said of "UltraProteus." "Funk calls your body to respond, even if you're the person with no rhythm.

"And I wanna give the guy somethin who's lookin for a little more of the lyrical stuff. But then the guy who's never even experienced rap, giving him something too, because it's a little more musical. It's bridging the gap. Instead of music for a specific crowd, it's music for people."