"I've done so many bad live gigs because I got advice when I was young to play everywhere," said Jimmy Fallon.

Although the "Saturday Night Live" star still seems to be appearing everywhere ï¿½ on magazine covers, as host of the MTV Video Awards, in feature films such as "Almost Famous" ï¿½ he has temporarily conquered the problem of awful live performances. Fallon just released "The Bathroom Wall," a collection of tunes that put the comedian's knack for witty songwriting and musical impressions into a format that works every time. 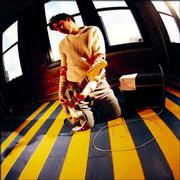 The first of Fallon's singles (and videos) off the record made its debut. The disco ditty "Idiot Boyfriend" finds Fallon delivering his semi-autobiographical tale in a Leo Sayer falsetto: "I'm gonna take you out/Leave my wallet home/Then I'll use your cell phone, baby ï¿½ long distance/I'm your boyfriend."

Next to be released is "(I Can't Play) Basketball," a stunning Beastie Boys-type jam that proves the sport may be the only thing the multitalented Fallon can't do.

Since joining "SNL" in 1998, the Brooklyn-born entertainer has become the dependable franchise's most in-demand star. Taking over anchoring duties (with co-host Tina Fey) of the "Weekend Update" segment has brought new life to the faux newscast, and his dead-on impressions of popular singers and actors have come to personify the 27-year-old's comfortable, class-clown style.

Speaking from his New York City apartment on the anniversary of 9-11, Fallon claims to have no plans of turning this musician thing into a full-time pursuit, even though the material on his debut album is strong enough to justify it. But hey, it's not like being a TV/movie/comedy star is such a bad gig.

Q: What's the best thing you've ever seen written on a bathroom wall?

A: "There's always so many profane things. My favorite would be: 'The greatest thing to ever learn is just to love and be loved in return.'" 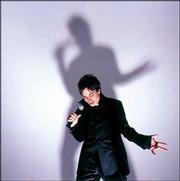 Q: You saw that on a wall? That's not profane at all.

A: "Oh, I'm sorry. 'Profound' ... I confuse the two very often. It can definitely get you in trouble. Profane and profound ï¿½ I'm still studying for the SATs. I got that one wrong. They said write something profound and I put 'go (expletive) your mother.'"

How good will "Saturday Night Live" be this year?

A: "Fantastic. I think it's going to be a really good year. The cast is very young. We're really tight. We're fans of each other and very supportive. We lost Will (Ferrell) and lost Ana (Gasteyer). They moved on to do different things, better things. But we learned from them, and I believe it's time for the new regime to step up to the next level and say, 'Okay. This is what you hired us to do.'"

Q: Do you have any examples of a character or impression they wouldn't let you do?

Q: We know you suck at basketball, are there any sports you're actually good at?

A: "There's nothing I'm 'good' at. I'm decent at a lot of stuff. I'll play basketball, but I'm horrible ... In college there was this place called ï¿½ I warn you it's explicit, or actually 'profound' ï¿½ (expletive)-talkers park. We used to go to (expletive)-talkers all the time, and that's where I learned I'm not good at basketball. In high school I tried out for the team, and they said no, so I ended up golfing. They needed players on the golf team. I didn't know how to golf, but they just needed players to actually work as a team. So I actually became a decent golfer. It's completely embarrassing."

Q: Was it your idea to make out with Natalie Portman in the MTV Video Awards spots?

A: "Sadly to say, it was. I didn't know it was going to be Natalie Portman. I wrote that bit thinking I'm trying to hook up with this girl on a date, and she won't give me a kiss. Then she sees the commercial that I'm hosting the video awards, and I go, 'I am?' And she goes, 'You are?' like she's totally into me. Then I go, 'I AM!' Then we start making out. I thought it was going to be Pink or some extra. I just put down a bunch of different people. Then somebody said Natalie Portman was in town and she'd love to do it. I was like, 'Holy crap.' It was like that 'Animal House' guy who goes, 'Thank you, Jesus.'"

Q: What other celebrities do you plan to make out with on TV?

A: "The stuff on 'Saturday Night Live' where I make out with people, I do NOT write. I swear to God. I must come off like a big creep, because I end up making out with Kirsten Dunst and Gwyneth Paltrow and all these gorgeous people ... You must understand, people are giving me gifts. I don't say, 'Hey Reese Witherspoon, me and you are going to be in bed together.' I don't do that. It would be creepy. People write me in and I go, 'Okay. Back to work' ï¿½ and I'm secretly smiling. But I actually had to kiss Ian McKellen as well. So you take a hit on both ends."

Q: Any thoughts on being a New Yorker on this anniversary of 9-11?

A: "I was just thinking about it today that I want to hug my cab driver. I just love it. It's the greatest city ever ... You just really appreciate everything when you think about it. It was a horrible day. It was one of the worst ever that I had to live through. It's weird to get phone calls from people asking, 'Are you alive?' You don't forget it. It's almost like a wake-up call that you have so much to be thankful for. You don't worry about wanting a new pair of sneakers. You go, 'You know what? These sneakers are fine. I just want to say hi to my parents and see how they're doing.'"