Any author will tell you: Promotional book tours are anything but glamorous.

These tedious undertakings require tons of cross-country travel and endless interviews with the media.

"Being on the road for a book tour can make you entirely mentally ill," said Harriet Lerner, internationally known author of nine books, including The New York Times best seller "The Dance of Anger."

"They give you an escort everywhere you go. When you're going from city to city, you need somebody to be taking care of you and driving you everywhere and leading you around. But I secretly believe they do it because any author in a reasonably good state of mind would get on a plane rather than go on and finish their tour."

There is one bright spot, though.

"The best thing is always being in a bookstore and talking to real people," Lerner said.

"I'm very curious about what people are interested in. Sometimes when people ask questions, in answering them I discover what I really think. And I love the interaction. Ninety percent of a book tour is very grueling. You're not having enough opportunity for real conversations and for people to talk with you and ask you something they've wanted to ask you. It's very grounding for me."

Fans of Lerner's will have the chance to chat with her and ask questions about her work when Lerner gives a talk and book signing at 7 p.m. Tuesday at Borders, 700 N.H.

Lerner is wrapping up a multicity, national tour to promote the paperback release of her latest effort, "The Dance of Connection: How to Talk to Someone When You're Mad, Hurt, Scared, Frustrated, Insulted, Betrayed or Desperate" (Quill, 2002).

"I'm really going to talk about the book and the key points in it. Then I'm going to invite questions, which is always my favorite part of any event," Lerner said.

Not only is she happy to be finishing up the promotional tour, but she's also glad to be doing it in her new home: Lawrence. 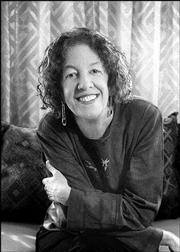 Author Harriet Lerner will speak and sign copies of her newest book, "The Dance of Connection," Tuesday at Borders, 700 N.H. Lerner moved to Lawrence in August.

Lerner, 57, and her husband, Steve Lerner, 58, moved to town in August after living for 30 years in Topeka. They are both clinical psychologists and will maintain their private practices in Topeka for the time being.

"I was very resistant to leaving Topeka. It was my community, a very special place. I had several best friends in walking distance, and the thought of leaving was fairly wrenching. We did consider other places, a more major move, but Lawrence seemed ideal because it has a vitality and an energy that we really love," Lerner said.

She is one of the nation's most respected voices on the psychology of women and the process of change in families. Lerner was a clinical psychologist and psychotherapist at The Menninger Clinic in Topeka for more than 20 years and a faculty member of the Karl Menninger School of Psychiatry.

Lerner is a scholar, a renowned lecturer and was the advice columnist for New Women magazine for more than a decade. There are more than 45 foreign-language editions of her works.