Patrons browse work in the Lawrence Arts Center's 2002 silent auction. Critics say charitable art auctions hurt artists because work often sells for less than retail value, creating a perception that the work is not worth what it's priced at in local galleries.

Nancy Ness opened the Carmesi Gallery in 1999. She carried artwork by area artists and funneled all her resources into the downtown Lawrence business.

Despite her best efforts, the gallery folded two years later. Sept. 11 knocked part of the wind out of the venture. But Ness says art auctions -- yes, art auctions -- were the biggest barrier to sending customers home with original artwork.

The proof, she says, lay in the whispered conversations she too often overheard in her Massachusetts Street gallery: "Let's wait until the art auction because we can get it for half this price."

Ness can hardly blame people for bargain shopping, but when it's done with fine art, penny pinching begins a cycle that can inflict serious damage on the art market, Ness says.

"After a while, the galleries begin to lose their legs and they can't keep themselves going, which means the artist loses a place to show, and it also eventually undermines the actual value of the art for artists, so people won't buy it at its retail value," Ness says.

The problem, Ness and others say, isn't necessarily that artists don't make money from pieces they give to support charitable causes -- although the growing number of art auctions has begun to alarm some artists -- but that selling work for less than retail value creates the impression that the work isn't worth the price it bears at a gallery the rest of the year.

But nonprofits who depend on art auction to bolster their budgets -- places like the Lawrence Arts Center, the Douglas County AIDS Project and the Lawrence Humane Society, among others -- are hesitant to revamp their auctions because the events are their biggest fund-raisers of the year.

Driven by practicality
That's bad news for artists but good news for people like Lawrence resident Brian Powell, who attends art auctions because he enjoys original art and says he would like to pay what the artist deserves for a piece but just can't afford most of the ticket prices. 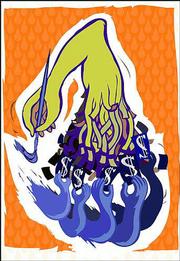 "I've got the appreciation for it, but I do not have the money for it," he says.

Plus, he continues, it's easier to justify spending money on art when it supports a cause that directly affects him.

"My kids go to the Lawrence Arts Center," he says. "It's a lot easier for me to fork over that money knowing that not only are my kids and my family going to benefit from the piece hanging in the house, but my kids will also indirectly benefit from what they're doing at the center."

Lawrence artist Sue Ashline, who donates to the Lawrence Humane Society auction and recruits other artists to do the same, has mixed feelings about art auctions because she knows they're hard on artists, but it's the best way she can afford to support the shelter.

"The artists that I get to donate for the Humane Society auction are just more than happy to do it," she says. "There's a real faction anti- and for (art auctions). I'm sort of in the middle because of my heart."

Stretched thin
Lawrence photographer Edward Robison has been saying "no" to a lot of charitable causes lately. Within less than two months, he was asked to donate to five different art auctions in Lawrence, Topeka and Kansas City.

"I'm not doing that well as an artist," he says. "For people to constantly approach me ... It's difficult."

Times are also difficult for the nonprofit agencies who use art auctions to bolster their budgets. The Douglas County AIDS Project recently cut staff due to budget constraints, and the $12,000 total generated at the agency's Nov. 23 auction was disappointing, executive director Geri Summers says.

Ann Evans, executive director at the arts center, says underbidding is less of a problem at the Lawrence Art Auction, which had its 23rd installment in April and raised more than $59,000 for arts center programs.

"People think they can come to an auction and get bargains," she says. "The majority of our pieces sell for right around the fair market value."

'A sacrifice'
Evans says some pieces that sell for less-than-retail are overpriced to begin with, perhaps by artists who don't sell much work and don't have a good idea what their pieces are worth.

To help cushion the expense of donating work, the arts center gives donating artists the option of receiving a third of the selling price back; about half of the 193 contributing artists opted to do that in 2003.

The bottom line, Evans says, is that most artists who take part in the Lawrence Art Auction have been doing so for years, and more artists donate every year, so the organization must be on the right track.

Metalsmith Jim Connelly, owner of Silver Works and More, 715 Mass., has been donating to the auction since its inception. He believes in the auction's ability to educate a broader public about the range of available artwork and how to buy it -- even though bidding for his jewelry doesn't always reach the asking price.

"It has always been a frustrating thing when things don't reach retail because people think, 'Well gee, if it didn't bring that high of a value at the art auction then why should I pay that in the gallery?'

"It's just a sacrifice."

Greasing the crowd
Ness says a good auctioneer can make or break an auction's success. In fact, it's not the convention of art auctions that she objects to as much as the way they're handled in Lawrence.

"If you have a good auctioneer and you have someone working for the auctioneer in the audience who's going around and pouring wine and chuckling and coaxing people and saying, 'Remember, this is an important charitable event and that's why you're here' and telling them what a great job they're doing and really pumping the crowd up, they're going to pay that retail value," she says.

Ness says auctioneers at Lawrence benefits allow prices to swing too low and shouldn't start the bidding any lower than 20 percent of retail.

Kasey Wold, who along with Teresa Ferguson has been the volunteer auctioneer for the arts center, DCAP and Humane Society auctions, says she reads the retail price but then starts dropping the price until bidding kicks in. Auction-goers determine how low she goes.

She says she does what she can to get the crowd pumped up.

"Sometimes I kind of in a rhythmic way start pounding on the table. Many times now we clap," she says. "It really just builds the momentum of the whole place. ... I always tell them before I start an auction, 'Remember that we're here for a benefit.'"

How others are faring
In Boulder, Colo., a community that's often compared to Lawrence in size and flavor, most auctions allow artists to set minimum bids for their work, and if that value's not met, the piece doesn't sell, says Charmain Schuh, program director at Boulder's Dairy Center for the Arts.

"We have a couple other art organizations that belong to the Dairy. They've done the same," Schuh says. "If the artist wants a percentage of the sale, we give them that, too. That keeps them a little bit more satisfied that they're not getting taken advantage of."

Sales at Boulder art auctions dipped in 2002 but picked up a bit this year, Schuh says. Success is relative, though. Most of the pieces went for at least the minimum, she says; others went higher, but hardly any sold for retail.

Revising the model
A palatable alternative to traditional art auctions for Ashline and dozens of other Lawrence artists has been the Lawrence Own-Your-Own Art Show, started three years ago by the Lawrence Committee for the Advancement of Visual Arts. Work is selected by a juror and then sold at retail price. Artists agree to donate 20 percent of their proceeds to Bert Nash, which amounted to about $5,000 this year.

"What the LOYO show did was it was a win-win-win situation in that patrons purchased a piece, artists got full price for it and the not-for-profit got some funding. To me, it doesn't get any better than that," says Sue Nutt, a Lawrence art patron who helps secure buyers for the show.

Diana Dunkley, one of the exhibit's organizers, says the Lawrence Committee for the Advancement of Visual Arts, developed the show as a model for an arts-based charitable fund-raiser that benefits everyone involved "rather than taking from a group of people who really can't afford to be taken from."

Individuals on the committee have spoken to organizers of the various art auctions in Lawrence about making changes but have seen no results, Dunkley says.

"If the art auctions were run in the spirit of a true benefit, the bidding would start at retail anyway, and that would allow them to make quite a bit more money," she says.

Summers, who took over as DCAP's director in July, is open to suggestions for making sure that when the gavel drops, no one's getting hurt.

"We certainly don't want to alienate folks in our community," Summers says. "If there's some good advice from artists they want to give us in terms of how we can do things better, we'd be glad to hear it."