Ah, the new year. A time for reflection, resolutions and bitter regret ... Oh wait, sorry, that was just my personal life rearing its ugly head again.

In terms of music, 2003 provided a cash crop of albums that belied Lawrence's reputation for outstanding local music. Veterans like the Appleseed Cast and Mac Lethal reminded us why they're recognized far beyond the Kansas prairie, while upstarts like Conner and Kelpie left us wondering just how long they'd be our little secret.

Here are my 10 favorite local albums of the year: 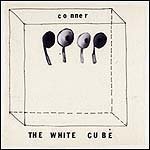 In 30 short minutes, Conner proved not only that they didn't sound like the Strokes (a comparison which haunted them since releasing a self-titled demo), but also that they were capable of making a record as chock-full of memorable garage hooks as any band out there. "The White Cube" sported 10 songs and not a wasted moment, balancing the reckless abandon of Iggy Pop with the calculated pop precision of newer bands like Spoon or Hot Hot Heat. You couldn't always understand what lead singer James Duft was saying, but you sure as hell knew what he meant. 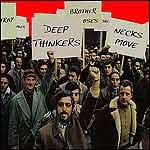 While it might seem strange to say that Lawrence's best hip-hop record of the year came from a Kansas City group, Deep Thinkers' Brother of Moses and Leonard Dstroy have enough hands in the local scene that it only seems fitting to consider them homebodies. The duo hooked up with Lawrence's Datura Records (owned and operated by local MC Approach and Brent Lippincott) for "Necks Move," bolstering an already impressive label roster that includes Approach and Mac Lethal. The highly anticipated album didn't disappoint, building on the experimental cues of the group previous effort and delivering a potent mix of mind-warping beats and socially conscious lyrics. 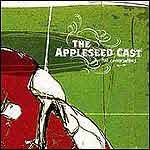 According to most reviews of the AC's highly-anticipated sixth album, "Two Conversations" was good but not great. The album lacked the ambition of "Low Level Owl," the critics panned, and didn't muster enough hooks to stand out as a straight rock record.

Well, poo on you. "Two Conversations" is the best AC record yet in my opinion, full of lovely cascading guitar riffs and triumphant melodies. Tracks like "Fight Test" and "Hanging Marionette" contain some of the most memorable hooks of the band's career, while quieter numbers like "How Life Can Turn" demonstrate a new found penchant for subtlety. As a whole, "Two Conversations" is more cohesive and powerful record than "Low Level," and demonstrates a maturity that should carry over into future AC endeavors.

Lawrence's most perplexing new rock band also delivered the year's most rewarding record. Lead singer and songwriter Casey Burge's love affair with daredevil chord structures and seismic shifts in rhythm never overshadowed his affection for melody, making "One" an album that challenged first-time listeners but rewarded the ones who made the investment. Burge's lyrics were equally adventurous, blending religious and mythic imagery into poetic portraits of pedophiles and other unsavory characters. 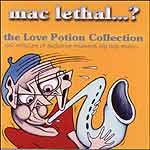 "I never fought for a cause I did not believe in, especially if the cause did not believe in me," proclaimed Mac Lethal on "Pass the Ammo," the year's most memorable war protest song. The song embodied everything that makes Mac Lethal the most ferocious hip-hop MC this side of Kansas City: wickedly creative wordplay, style backed by substance and an uncanny ability to silence the room every time he gets on the mic. Though the album's beats sometimes lacked the creativity of his Lawrence peers, Mac's verbal skills more than carried 'Love Potion' and left us salivating for more. 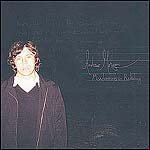 Ok, so Andrew Morgan lives in Boston. But name one other artist that prominently featured the KU Campanile Tower in an album this year! Morgan's exquisite chamber pop compositions were so exacting that they called not only for a 120-foot bell tower but for violin, cello, harmonium, French horn, accordion, harpsichord, organ, harp, glockenspiel, double bass and tympani (all recorded during a four-month stint in Lawrence with help from members of the KU symphony). The result is a stunning orchestral pop record that recalls the darkly beautiful work of Nick Drake or Elliott Smith, made by a KU graduate that barely played half a dozen Lawrence shows before bolting town. With record offers coming his way from England, Morgan may be the dark horse bet to break out in the next couple years.

The lone electronic honor goes to laptop genie Adam Jeffers (aka Superargo), who stole the show with a freakishly tasty concoction of Aphex Twin-inspired electronica. Jeffers' goofy compositions bounced around like Nintendo music on crack, or perhaps The Postal Service without that annoying sensitive singer guy. Miraculously, he found a way to translate the experience live, developing a performance art piece (the fun kind) that featured a guy dancing around in a skull mask. 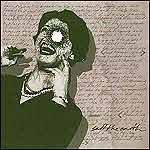 On its second EP, Salt the Earth traded in abrasiveness for tunefulness and came out with a better record. Singer Martin Bush proved that he sounds just as good singing as screaming, and the band's trademark two-guitar attack developed into a potent weapon. Though Salt the Earth still needs to be experienced live to be appreciated, "Process of Breaking" proved that the band's songs can sound dang good on record, too. 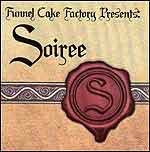 Hot off the heels of the blazing "Ultraproteus," Approach cooled down with a five-song collaboration with beatmaker Been. The mini-album quickly sold out of its limited run of 200, and for good reason. "Candlewax" melted listeners with an Iron Butterfly-esque organ line, while "Impressions" rocked like a Jay-Z outtake. Though this album will probably be remembered as a footnote in Approach's career (the MC recently signed to NY-based Coup d'Etat Records), it's a must-have for any fan of local hip-hop.

As we enter a new year, it's important to remember all the things that pissed us off about 2003. Perhaps no one gets pissed off better than Brendan Hangauer, the man responsible for such classic lines as "How the fuck did it feel? / In the morning / With him wrapped around you / Like the snake that he is." With this seven-song debut as Fourth of July (Hangauer formerly fronted the Vespers), Hangauer reminded us that love sucks and music heals (or at least rubs a little salt on the old wounds). When the clock hits midnight Wednesday, throw this in instead of "Auld Lang Syne" and I guarantee you'll feel a thousand times better.