The soundtrack for "O Brother, Where Art Thou?"

Every few years or so the banjo gets thrust back into the spotlight, as does the traditional bluegrass style of music it usually accompanies. For banjo pioneer J.D. Crowe, the instrument has always been a source of inspiration.

"It seems like it's getting more popular all the time," says Crowe. "It's still got a long way to go. But there are a lot people that are really interested in it.

"A lot of that has to do with the exposure in the media, like movies that have been out down through the years that have pictured the banjo. 'Bonnie and Clyde' was probably the first thing, back in 1967. That and 'Deliverance.' Then the 'O Brother' thing really turned it around."

Crowe will be showcasing his 50-year mastery of the instrument when he headlines the second annual Free State Music Festival this weekend in Lawrence. The two-day acoustic-oriented event is a showcase for national and local bluegrass talent. 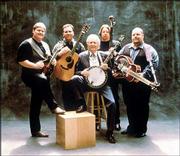 The 65-year-old musician will take the stage at the Lawrence Holidome, a franchise with which he's had an unusual history.

"When we used to work at the Holiday Inn in Lexington, I think we had probably the longest stay of anybody that's ever been in a club," recalls Crowe of his band the Kentucky Mountain Boys. "We worked from 1968 to 1975. We were there five nights a week doing four shows a night. ... That's probably a record for a whole band. Maybe some singles or duos have been in a place that long, but for a five-piece band that's unheard of."

Around the time that he finished with the hotel stint (which tallied at a staggering 7,000-plus shows), the banjoist was forming the nucleus for what would be considered one of the revolutionary bluegrass outfits of the era: J.D. Crowe & the New South.

"J.D. is one of the pioneers that is still out there playing hot and heavy," says Leo Eilts, co-producer of the Free State Music Festival. "One thing J.D. is known for is that he really steered away from the traditional stuff -- the New South was considered THE progressive bluegrass band.

"He definitely had his traditional chops; he paid his dues in that regard. But when he split off and put together his own bands, he really was an innovator in banjo style. His three-finger style is really unique. A lot of people spend their careers studying trying to figure out what he's doing on that thing."

The meaning of bluegrass


Despite "retiring" once from performing live in 1988 -- a decision that kept him away from the public eye for about six years -- Crowe is now as busy as ever. He claims to have never regretted coming out of retirement, and his playing reflects that.

"I'm probably more precise than I was 20 years ago," says Crowe, calling from his home near Lexington, Ky., where he's just returned from a tour that took him to California and Nashville, Tenn.

As for the style of music he is forever linked with, Crowe enjoys the fact that bluegrass has experienced a kind of renaissance during the past few years -- even though some casual fans have a hard time determining the difference between bluegrass and country.

"They'd have to understand that the word comes from the state of Kentucky," the Grammy winner explains. "Bill Monroe named his band the Bluegrass Boys, and he took that name from Kentucky where he was from. The styles weren't separated in the '30 and '40s; it was all hillbilly music. In the '60s, the word bluegrass was separated from the country music industry and put into a category all its own. Since then, it's always been known as bluegrass."

Crowe's appearance at the Free State Music Festival will denote the only other time he's played Lawrence since coming through on a Rounder Records tour (still his current label) in 1993.

Out of all those thousands of shows he's rendered since joining legend Jimmy Martin's band at the age of 19, Crowe points to his first trip to Japan in 1975 as his career highlight. 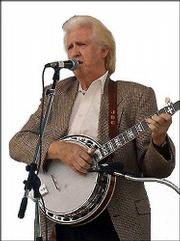 "I couldn't believe the enthusiasm of the people in Japan who came to the shows," he remembers. "It was kind of scary. At that time there hadn't been a lot of bluegrass over there. That was probably one of the biggest things I've felt in the music business."

Otherwise, the life of this renowned musician is just a blur of "doing what I do."